“BIG BROTHER” MAY BE A CORPORATION; NOT BIG GOVERNMENT” 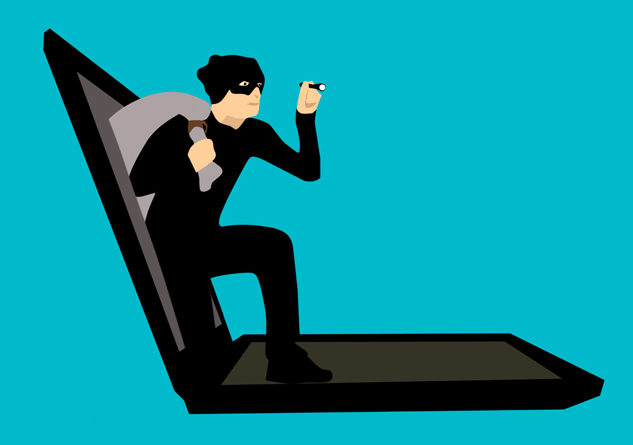 During the 1950’s I read, with great interest, George Orwell’s book entitled “1984” published during 1949, which projected the powerful influence of ‘Big Government’ upon individuals. The term ‘Big Brother’ is the personification of the control, influence and power of the future nation-state as conceptualized by George Orwell in 1984.

Two versions of Big Brother were possible: A) The authoritarian leader (who could be a ‘good guy’ or a very abusive dictator) of a state or movement; and B) an oligarchy (small elite leadership group) in control of an all- powerful government or organization, which monitors and directs people’s lives, careers, and actions.

What is lost is the PRIVACY of an individual able to make personal ‘free will decisions’ and choices. Many today have some concern about the recent demonstration that ‘very large data bases’ can be scrutinized and analyzed using current computer’s very high-speed capability. Google, Facebook, YouTube (and several other firms) are able to collect detailed data in massive quantities. Personal habits and traits can be used to collect similar personal profile categories used to facilitate targeting potential consumers.

Very likely, the alleged Russian intrusion into the recent 2016 presidential election was based upon their capacities to determine communities whose voters might be influenced by presenting certain perspectives at the right time using ‘fake news’ and/or ‘alternative facts’. This surreal possibility cannot be ignored. Profit oriented firms have been looking for this sort of information technology (IT) which may be augmented by ‘Artificial Information’ (AI). This quickly lends itself to various forms of propaganda which was first used by Adolph Hitler’s Nazi regime successfully.

A friend, who chooses to remain anonymous, provided the following ‘Google-Pizza’ conversation, which illustrates what is possible when computers are able to create ‘personal profiles’ using documented habits,

traits and inclinations, we all possess and demonstrate daily. Do read it in its entirety because what is presented is funny; and, upon reflection, may be viewed as sinister when used by those whose goal is to be the oligarchists who ‘control and manipulate’ people. Profit oriented firms are undoubtedly using some level of this ability to place an individual into a ‘defined cohort’ based upon factual information which is documented every time an individual does something documented when using credit cards. Over a span of time, the following may become possible:

“CALLER: Is this ‘Gordon’s Pizza’?

CALLER: I must have dialed a wrong number. Sorry.

CALLER: OK, I would like to order a pizza. GOOGLE: Do you want your usual, sir? CALLER: My usual? You know me?

GOOGLE: According to our caller ID data sheet, the last 12 times you called you ordered an extra-large pizza with three cheeses, sausage, pepperoni, mushrooms and meatballs on a thick crust.

GOOGLE: May I suggest that this time you order a pizza with ricotta, arugula, sun-dried tomatoes and olives on a whole wheat gluten-free thin crust?

CALLER: What? I detest (vegetarian pizzas)!

GOOGLE: Your cholesterol (level) is not good, sir. CALLER: How the hell do you know!

GOOGLE: Well, we cross-referenced your home phone number with your medical records. We have the result of your blood tests for the last 7 years.

CALLER: Okay, but I do not want your rotten vegetable pizza! I already take medication for my cholesterol.

GOOGLE: Excuse me sir, but you have not taken your medication regularly. According to our database, you only purchased a box of 30 cholesterol tablets once, at Drug RX Network, 4 months ago.

CALLER: I bought more from another drugstore. GOOGLE: That doesn’t show on your credit card

CALLER: I paid in cash.

GOOGLE: But you did not withdraw enough cash according to your bank statement.

CALLER: I have other sources of cash.

GOOGLE: That doesn’t show on your last (IRS) tax return unless you bought them using an undeclared income source, which is against the law.

CALLER: WHAT THE HELL!!!

GOOGLE: I’m sorry, sir, we use such information only with the sole intention of helping you.

CALLER: Enough already! I’m sick to death of Google, Facebook, Twitter, WhatsApp and all the others (doing?) I’m going to an island without internet, cable TV, where there is no cell phone service and no one to watch me or spy on me.

GOOGLE: I understand sir, but you need to renew your passport first. It expired 6 weeks ago… (Now, we will send you your usual order within 40 minutes, O.K.?”)

Reference is made to the San Jose Business Journal, April 20, 2018, page 6 where an article entitled “Lawyer; Facebook Ignored Data Concerns” presents the choice made by Facebook’s CEO Mark Zuckerberg in order to compete effectively; maximize cash flow (and profits) needed for dominant growth. The issues of digital privacy and cyber-security of personal information were considered in the beginning, but later received lower priority. (Ms.) Parry Aftab, esq., who was a former member of Facebook’s ‘International Safety Advisory Board’, was an advocate for ‘personal data privacy issues’ for seven years until 2016. She called herself ‘a squeaky wheel’.

How many ‘invasion of personal privacy’ incidents did you notice happening during the above “Google Pizza” transaction?

Well, this is the ‘violation of personal privacy issue’ about which ‘State Assemblies’ and the “U.S. Congress” need to learn and understand in order to craft effective legislation which is based upon ‘universal standards of conscience and integrity…the result of decisions and actions which all of us make during our life’s journey. Let’s not use the current level of core values presently exhibited by the current actions of corporations such as certain banks, their executives, and a few elected officials.

Let’s base the needed ‘Personal Privacy Standards legislation’ upon those universally accepted ideals and core values already embedded in the American Constitution. At this juncture, “BIG BROTHER” MAY BE A CORPORATION like Facebook, YouTube, etc. with their collection of ‘very large personal data bases; IT IS NOT BIG GOVERNMENT.

NOTE: If anyone has a better approach to this ‘personal privacy’ challenge, please forward it to me at <hmorales@el-observador.com>.

I ask that you seriously consider contributing not only your thoughts and ideas, but also, contribute $20 per year to <elobservadorfoundation.org>…and be advised that since 1983, every penny has stayed in this community supporting internships, scholarships, and underwriting paid ads for a select group of non-profits which do ‘good works’ in the Hispanic-Latino community of Silicon Valley, CA. With the modest support of many, EO staff may be able to do more effective dissemination of useful & timely information.