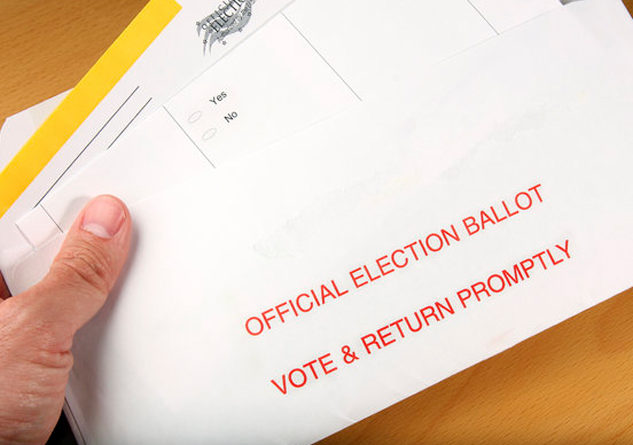 A 2011 state law that required sentencing people with some types of offenses to county jail instead of state prison has created confusion that may have led some California counties to improperly drop them from the voting rolls. Photo Credit: svanblar/iStockphoto
by ElObservador 04/13/2018

LOS ANGELES – Thousands of people were improperly removed from California voting rolls in 2017, possibly due to an administrative error, says a California coalition for people who are or have been in prison.

On Wednesday, the “All of Us or None” coalition sent letters demanding restoration of voting rights to agencies in ten counties, including Butte, Contra Costa, Kings, Los Angeles, Orange, San Diego, Santa Clara, Solano, Tulare and Ventura.

Staff attorney Brittany Stonesifer with the group Legal Services for Prisoners with Children – part of the coalition – says the counties are failing to comply with a law that took effect in January 2017. It clarified that people sentenced to county jail or parole retain their voting rights – and only those currently in state prison or on state parole for felonies lose the franchise.

“And the primary demand was to restore improperly removed people from voter registration, to fix their systems to make sure that that doesn’t happen again, and to send notice to people who were improperly removed,” says Stonesifer, “so that they have an opportunity to re-register and to turn out to vote in time for the primary election in June.”

A 2011 prison realignment law decreed that people with non-serious, nonviolent, nonsexual felonies be sentenced to county jail, not state prison. Confusion over that group’s right to vote led to lawsuits, and then the law clarifying their voting rights.

The coalition cross-referenced public records and found in L.A. County alone, more than 3,000 eligible voters were dropped in 2017. The L.A. County Registrar of Voters’ issued a statement saying it has a longstanding partnership with the re-entry community, is committed to upholding voting rights, will look into the claim and resolve any concerns.

Stonesifer calls this a civil-rights issue that must be addressed to maintain a functioning democracy.

“This is a historical problem,” says Stonesifer. “You know, people who have convictions are disproportionately lower income, and people of color have been historically disenfranchised in the United States. So, this just feeds into that long history of disenfranchisement.”

She notes that multiple studies have shown that people who retain their right to vote after incarceration have a stronger sense of civic responsibility and are much less likely to end up behind bars again.