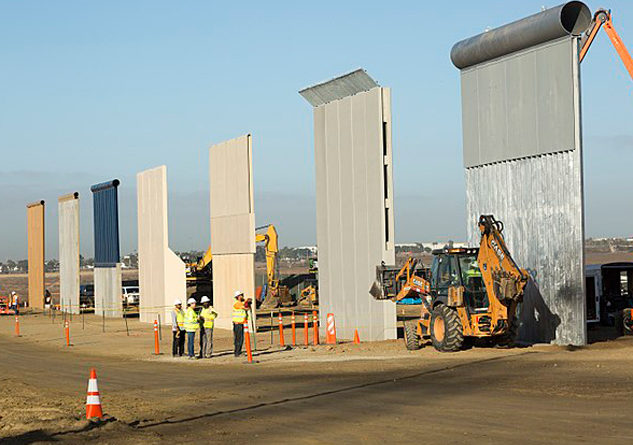 LOS ANGELES – Even as President Donald Trump wraps up his first visit to the Golden State since the election, immigrant-rights groups are embracing California’s new nickname as the “State of Resistance.”

Last September, the president ended the Deferred Action for Childhood Arrivals (DACA) program, which allows work permits for people brought to the United States as children. However, a federal judge kept it going while litigation proceeds.

Frank Sharry, founder and executive director of the nonprofit America’s Voice, described himself as very pessimistic that this Congress will cut a deal to help the Dreamers.

“The Trump administration has declared war on refugees and immigrants; they are determined to kick out people who are here, either with no status or with an uncertain status,” Sharry insisted. “So, this is a historic challenge to those of us who believe that America should be a welcoming nation.”

Trump has defended his policies, saying the increases in immigration raids and deportations will protect jobs for U.S. citizens. He visited prototypes for a border wall and maintained that national security depends on its construction.

Attorney Joshua Rosenthal with the National Immigration Law Center said he supports comprehensive immigration reform, but noted there is no provision to help people who hadn’t yet applied for DACA.

“It does leave out people who were not able to obtain DACA before the Trump administration ended the DACA program, because they were too young, or they hadn’t finished enough education,” Rosenthal explained. “And unfortunately at this point, those people are unable to apply for DACA.”

California’s “sanctuary state” laws prevent local authorities from handing over immigrants to Immigration and Customs Enforcement (ICE) unless the people have been convicted of a serious felony. Employers also are forbidden to grant access to their workplace or to employee records without a warrant.

The feds are suing over the issue, but Sally Kinoshita with the Immigrant Legal Resource Center is convinced the laws are constitutional.

“There’s nothing in federal law that mandates that states or localities use their own resources to aid federal immigration agents to arrest people or identifying people,” said Kinoshita, ILRC deputy director. “The federal government cannot require the state to participate in a federal deportation program.”

And Hector Salvador with the California Labor Federation in Los Angeles is organizing rapid-response networks, sending teams of supporters to workplaces during raids.

“Though there is fear and a lot of anxiety because of all these increased levels of ICE raids and threats from this administration, there are groups of immigrants and allies that are fighting back,” said Salvador.

Immigrant-rights groups are calling on voters to register their opinions at the ballot box in this fall’s midterm elections, in hopes of voting in a new Congress that could be more amenable to the plight of immigrants.