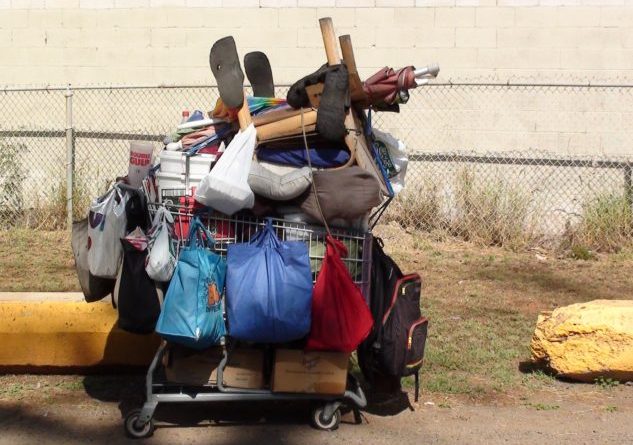 Sacramento, CA – On Wednesday February 21st, the mayors of the eleven largest cities in California and a bi-partisan group of state lawmakers announced the introduction of AB 3171, which allocates $1.5 billion from the state budget to help address the growing homeless crisis. Assemblyman Phil Ting (D-San Francisco) and State Senator Ricardo Lara (D-Bell Gardens) will champion the effort in their respective houses.

“Homelessness is first and foremost a humanitarian crisis, but it is also the single greatest threat to the economic prosperity, opportunity and growth our cities are fighting for,” said Sacramento Mayor Darrell Steinberg, who leads the Big 11. “We are on the front lines of providing compassionate and effective solutions to this issue, and we request that our state partners make alleviating homelessness in our cities an even greater priority.”

According to 2017 statewide counts, California’s homeless population has ballooned to 134,278. In response to the surge, cities across the state have utilized their general fund resources and local voter-passed revenue measures to provide housing, shelter, supportive services and outreach to people experiencing homelessness. Despite these efforts, substantial assistance from the State is needed to address the magnitude and complexity of the statewide homelessness issue.

AB 3171 calls for one-time funds to be allocated to cities on a matching basis, resulting in over $3 billion in collective State and local funds to meaningfully address one of the most intractable issues facing cities.

“Last year, I fought to get millions appropriated in our state budget to fight homelessness across California, but we have so much more work to do,” said Assemblyman Phil Ting (D-San Francisco), who is also Chairman of the Assembly Budget Committee. “Homelessness is a statewide crisis, but we cannot do it alone. This year, we need to identify resources to partner with cities to build more shelters and augment additional services so we can get people off our streets and into shelter as fast as possible.”

“The Legislature has confronted the crisis of homelessness with new funding for supportive housing and by helping people overcome their barriers to finding homes,” said Senator Ricardo Lara (D-Bell Gardens). “Despite all of our efforts, homelessness is on the rise, and we need to partner with local leaders who are coming up with humane and creative solutions.”

The mayors sent a letter to legislative leaders earlier this month, urging them to set aside part of the $6.1 billion budget surplus, or 25%, to help boost services to the homeless. The group of mayors is planning to lobby lawmakers next month to ensure the passage of AB 3171.

“Cities across California are struggling with a homelessness crisis that requires an extraordinary statewide response,” said Los Angeles Mayor Eric Garcetti. “This critical funding will help cities like L.A. provide emergency bridge housing and services that help people with the most desperate needs — so that they can begin rebuilding their lives safely and with dignity.”

“Homelessness is not just an issue. It is the most pressing issue facing California cities today,” said San Diego Mayor Kevin L. Faulconer. “Cities are responding to this crisis with more local resources and programs, and we need support from our partners in the Capitol too. We are asking State leaders to help us make a real difference on our streets.”

“Cities across the state must continually grapple with the human, economic and social toll being caused by the growing homelessness crisis,” said Mayor Sam Liccardo. “This funding will go a long way to support some of the innovative measures being taken at the local level to house more of our homeless neighbors and confront this crisis head-on.”

“While we are exploring every solution possible to address our homelessness crisis, cities alone cannot solve this challenge,” said San Francisco Mayor Mark Farrell. “Additional funding support from the state will help San Francisco expand homelessness initiatives proven to be successful, including our Navigation Centers, which have become a nationally recognized model.”

“I am glad to join with my fellow Mayors in a bipartisan effort to address this crisis,” said Fresno Mayor Lee Brand. “The problems and issues are different for every city in California and this proposal will help give our cities the resources they need to develop comprehensive, compassionate solutions.”

“Long Beach, like most large cities in California, is facing a housing affordability crisis,” said Long Beach Mayor Robert Garcia. “Cities need the state’s help to finance affordable housing developments and this proposal to use surplus funds to match cities’ housing investments will help California build its way out of this crisis.”

“Oakland stands united with California’s largest cities to call upon the Legislature and Governor to address the homelessness crisis now,” said Oakland Mayor Libby Schaaf. “Although we are investing in innovative strategies, cities cannot sufficiently contend with the rapid increase in people living on our streets simply because they cannot afford to pay skyrocketing rent. As one of the wealthiest and most innovative places in the world, California can and must do better. We need a substantial investment from the State, one that acknowledges the severity and the human costs of this crisis.”

The Big 11 also strongly encourage the Governor and the Legislature to get out funds from the No Place Like Home initiative passed in 2016. Those resources are an important compliment to AB 3171.

Rooting for Potatoes: The Spud Makes A Comeback