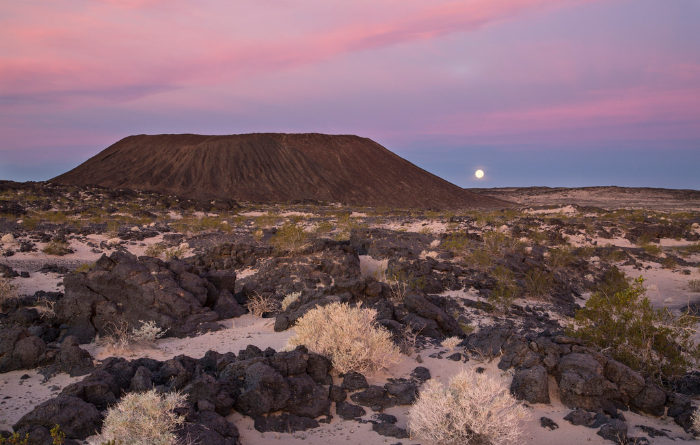 Supporters held a community event to celebrate, noting that tourism to the area has increased significantly, as people come to see Joshua Tree National Park and then, go on to explore the new monuments.

Dusastre describes its appeal: “This is one of the last great, intact open spaces left in the American West, and people travel here from all over the world to explore the raw and undeveloped landscapes, see the unique plants and animals in their natural habitat, breathe the fresh air, and look up at night and see the stars and the Milky Way.”

All three desert monuments were under review by U.S. Interior Secretary Ryan Zinke, but so far he has not proposed shrinking them, as he did for Gold Butte in Nevada and Grand Staircase-Escalante and Bears Ears in Utah.

Zinke has said he supports development on federal public land in order to create jobs and foster energy independence. Under Zinke, the Bureau of Land Management recently filed a notice of intent to reopen the Desert Renewable Energy Conservation Plan, which sets aside land for conservation, recreation and energy development.

Meg Foley with the Morongo Valley Chamber of Commerce also is executive director of the group Friends of Big Morongo Canyon Preserve. She’s worried the administration will favor commercial interests over the environment.

“Lands that were set aside for conservation may now be open to inappropriate uses like mining and renewable-energy development, when there was already a consensus on areas where those sorts of uses would be appropriate,” said Foley.

Some 22.5 million acres in the area are covered by the conservation plan, which was concluded in 2016 – after eight years of negotiations between local communities, state and federal agencies, businesses and off-highway vehicle, mining, and energy interests.

A Discussion of Documentary Film “Adios Amor: The Search for Maria Moreno”

One source of water waste is running it to change from cold to hot. Any thoughts on how to deal with this?