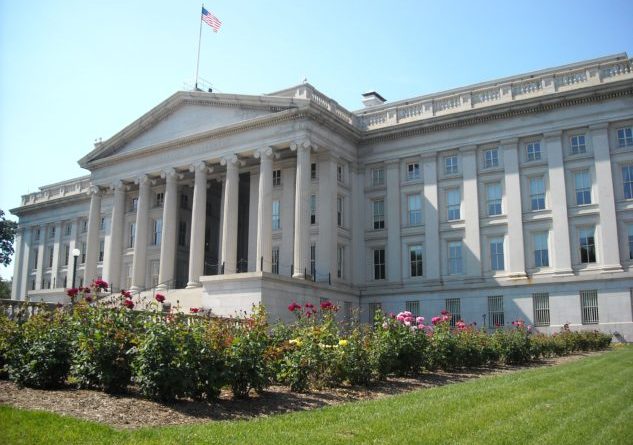 A simply written IRS tax code is a requirement to permit determination of all government operations costs. If the IRS tax reform can be written to achieve full transparency then it may become possible to determine all governance operational costs. With full transparency, it may be possible to determine the amounts of taxes paid by anyone; the amount of taxes avoided by special interests; and true costs of all tax avoidance entitlements. With a ‘fully accessible income tax revenues database’ a major step towards regeneration of the full faith & credit along with the trust of American taxpayers. Full accountability based upon established responsibility with integrity is a very desired goal.

The IRS income tax reform proposals recently proposed by GOP leaders, both Senators and House members, is not the vehicle which will take America towards a higher living standard which may be enjoyed by all.

Tax reform must be written in language that is explicit enough to require no interpretation by a high- priced accountant. The wording used must be direct and very specific. The eventual objective is to have a database of all tax revenues from all sources enabling determination of the total cost of governance. This is basic essential information may make possible the management of this nation’s national debt including its reduction because of the interest payment thereon have no return on investment.

The administration of this nation’s tax revenues must become totally transparent in order to determine the hidden costs of special entitlements. None of these special entitlements or allocations must be allowed to exist in any hidden manner and without sunset schedules.

In addition to this opportunity to make constructive and necessary reforms to the IRS tax code, this effort presents Congress an opportunity to determine the undisclosed federal regulation costs.

According to data recently released by the Bureau of Labor Statistics, American households on average spent more last year on federal, state and local taxes ($10,489) than they did on food and clothing combined ($9,006). Think about that. These official figures confirm what Americans have known generally for a long time – taxes impose a significant economic burden on its working-class residents.

Those homes with mortgages are a special target of this proposed IRS tax code: The MORTGAGE INTEREST PAID must continue to be ‘tax deductible’ in its entirety because those payments end up as income to the moneylenders insured by federal agencies (FDIC, FHA and FMA). Moneylenders have minimal risk; the home purchaser has no ‘contractual considerations’ allowing payment of interest only when extended unemployment or illness happen resulting in decreased family income.

The (proposed) GOP mortgage interest deduction plan would hurt middle class homeowners. According to Kenneth R. Harney (Washington Post, 11.08.2017), GOP Tax Proposals Contain Major Headaches for Homeowners: “No other major economic sector gets hit so hard by GOP’s proposal in so many places as homeownership.” Consider the following ‘hidden sneaky language’ items which impact mortgages: “You’ve (already) heard about the splashiest cut proposed: A reduction in the maximum deductible mortgage amount from $1 million to $500,000.” In this Silicon Valley micro-economy, those homes bought for $20,000 back in 1960’s are now marketable for $800,000 (so your get to pay 15% capital gains taxes on $300,000 now amounting to a $45,000 reduction of your estate (which, if you have no cash, may force you to sell which is a ‘gentrification mechanism’ that breaks up established neighborhoods.

Another example, (Newly proposed) Section 1402, (after the sale of single family’s principal home), would significantly alter the $250,000 (single; $500,000 joint) Capital Gains Tax Deduction provided you have used the house as your principal residence for an aggregate two years out of the five years preceding its sale. You can also use the exclusion as frequently as once every two years. The first ‘feature’ has vanised; the second has been expanded resulting in very few qualified deductions. Outcome: Homeowners get to pay capital gains taxes more often than now.

“More than 400 wealthy upper-income taxpayers have signed a letter calling on Congress to eject the Republican tax plan that gives tax cuts to millionaires and billionaires, especially any plan that is not revenue neutral, which would lead to deep cuts in services and critical investments, such as Medicaid, Medicare, and education.”

(Here is) an excerpt from the letter (Mailed to U.S. Congress by Mike Leyba, Director of Communications, United for a Fair Economy, (617-423-2148, ext. 105): “The Republican tax plan would disproportionately benefit wealthy individuals and corporations with provisions including repealing the estate tax, repealing the Alternative Minimum Tax, and slashing the top pass-through tax rate. This proposal would mean wealthy people could pay a lower tax rate than many middle-class families and transfer massive inheritances to their heirs, tax- free. Such proposals that benefit the wealthy would exacerbate the current wealth disparity in the US, where the top 1% of households hold 42% of the wealth.”

“As you consider changes to the tax code, we urge you to oppose any legislation that further exacerbates inequality. Tax reform should be, at a minimum, revenue neutral—without using gimmicks like dynamic scoring. We are deeply concerned that revenue loss would lead to deep cuts in critical services such as education, Medicare and Medicaid, and would hamper our nation’s ability to restore investments in our people and communities.”

While the costs associated with federal taxes are high, at least their cost has been accurately quantified and documented. The official figures are known and publicly available to support an informed debate about the cost of taxes and the benefits that may result from public spending. But not all the costs of government are so transparent. This current IRS Tax Reform is an opportunity for the U.S. Congress to begin placement of all government revenues and their allocations into full transparency for constituent review which is the most effective way to minimize corruption and maximize fairness.

Now, the full House and the full Senate must agree on their respective plans, with the two competing versions (being) sent to a conference committee to resolve differences. Republicans hope to have everything resolved and final legislation on the President’s desk for a signature before Christmas. EVERY TAXPAYOR NEEDS TO PAY ATTENTION

OVER THE NEXT FEW WEEKS. Here are several provisions in the GOP bills that could affect your pockets because GOP tax proposals contain major headaches for homeowners.

“The message sent by Republicans in the tax overhaul bill they launched last week is unmistakable and blunt: We think homeowners and home buyers have gotten much too sweet a deal from the federal tax code for far too long — and now we’re going to whack them down. No other major sector of the economy gets hit so hard in the proposal in so many places as homeownership.

And you might have figured, “Eh, no big deal, my mortgage is nowhere near that size.” But you might have missed some of the other, less publicized but punitive changes tucked away in the legislative text (language) that just might bite you, now or in the future.

All taxpayers, especially Hispanic/Latino homeowners, need to be engaged, involved, and committed to being vigilant; to communicating with your U.S. Congressional elected official. And voting that elected official out of office if beholden to ‘special interests’. Simplicity is a requirement to enable ordinary constituents to read the tax code with comprehension. This tax reform bill must be fair in the eyes of ‘We, The People’