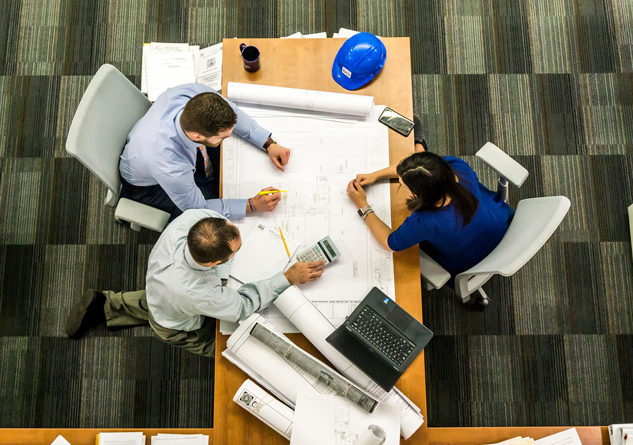 Many individuals use terms which are not fully defined or understood. One of those terms is ‘sexual harassment’ which is used more often now because of many such incidents in the workplace. Throughout history women have been strictly defined as chattel. Not too long ago women were limited to being stay at home mothers, clerks, teachers and nurses. The Suffragette movement earned women the right to vote (1919). The severe labor shortage requiring full mobilization of America as the WW II’s ‘Arsenal of Democracy’ resulted with extensive use of ‘woman-power’ in manufacturing and business operations. An outcome was the presence of women alongside men in the workplace. One exception was the entertainment industry where actresses, dancers, and singers were traditionally employed.

Having many female employees in the workplace, certain men, in positions of power, authority, and responsibility, made inappropriate comments & proposals’, initiated acts, touched and groped, etc. These victimized women had few options; were often alone and vulnerable. Their outlet was to talk to a confidant (complicity resulted); or they could file a complaint with the Human Resources Department whose officials had a conflict of interest coupled with a lack of power. Administrators were not likely to invoke any action, especially when their superiors were involved. Despite our culture, its personal behavior standards and practices, these situations made for a lot of comedy and tragedy, but no open public discussions which led to acceptable behavior or resolutions. That is changing with the ‘Me, Too’ movement requesting meaningful action.

Although laws surrounding sexual harassment exist, they generally do not prohibit simple teasing, offhand comments, or minor isolated incidents—that is, they do not impose a “general civility code”.[3] In the workplace, harassment may be considered illegal when it is so frequent or severe that it creates a hostile or offensive work environment or when it results in an adverse employment decision (such as the victim being fired or demoted, or the victim quitting the job). The legal and social understanding of sexual harassment, however, varies by culture.
In the context of US employment, the harasser can be the victim’s supervisor, a supervisor in another area, a co-worker, or someone who is not an employee of the employer, such as a client or customer, and harassers or victims can be of any
gender.
It includes a range of actions from mild transgressions to sexual abuse or sexual assault. Sexual harassment is a form of illegal employment discrimination in

many countries, and is a form of abuse (sexual and psychological) and bullying. For many businesses and organizations, preventing sexual harassment, and defending employees from sexual harassment charges, have become key goals of legal decision-making.”

“LEGAL DEFINITIONS and administrative processes are not enough. The CA State Assembly will consider this issue because of a letter signed by more than 300 women. These women want workplace safety and security standards of behavior established and enforced. Perpetrators must be subject to defined consequences such as rehabilitation/behavior modification counseling and job loss.

The silent complicity behavior by women is no more. All reported incidents must also be reported to a designated CA State office. Both men and women must behave appropriately in the work place where sexual harassment is totally inappropriate.

This diverse society needs to schedule a series of public forums which discuss human sexuality, its development, and acceptable standards of behavior from cradle to the grave. Why do this? Because the entire ‘sexuality’ issue and behavioral standards change during one’s journey through childhood, puberty, young adult transitions; middle age; senior citizens and elderly stages. Add in the established practices of different cultures and religions. In addition, there are the recent recognition of the LGBTQ cohort. These factors all play a role which need inclusion and consideration.

Sexual behavior between partners, usually a man and a woman, need to be non-violent and consensual. To achieve that, individuals need to learn the vocabulary needed to discuss or communicate any issues establishing relationship limits and boundaries.

Government has an interest in establishment of appropriate human behavior wherever it happens. We all require an ambiance of safety and security at any commercial job site.

Relationship capability begins in the home where accepted social behavior practices are first experienced. This includes courting which result in the next generation. The rules of humane behavior involve learning to communicate feelings and core values with honor, respect, and integrity; involving no bullying nor violence. We all need to learn to recognize and deal with the biological and mental processes leading to impulsive irresponsible behavior.

For those individuals having power, authority, and responsibility, who use their current positon inappropriately to ‘extract sexual favors’ or to satisfy fetishes, the Legislature can define a due process which neutralizes their ability to impose unwanted encounters. Harvey Weinstein and Bill O’Reilly (Fox) mis-used their positions to impose their will upon others. Their alleged mis-behaviors may indicate severe mental health issues which require registration as sexual predators.

By sharing their experiences, victims, both men and women, need a reporting process may be used to identify predatory individuals. Legislation must deal with possible retaliations by perpetrators. It would be proper to consider behavioral health modification therapy as an alternative to incarceration.

Sexual harassment will continue to occur because each generation will go through its own puberty developmental experiences. It is during these transitional periods that parents & guardians need help in knowing what to do and where to access resources.

What MeToo Is Teaching AI