RACIAL PROFILING IS ALIVE AND WELL 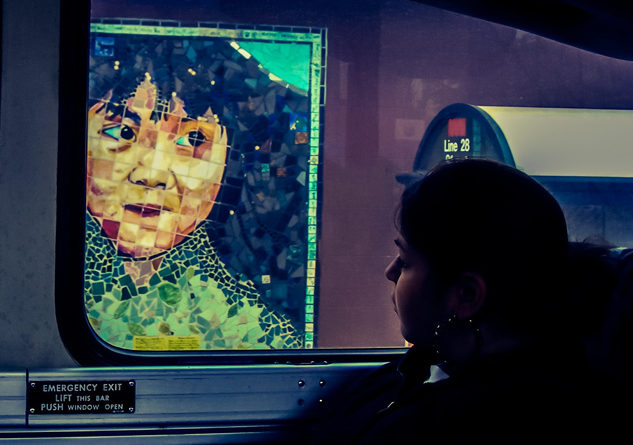 The Mexican-American community in the USA is a marginalized community who have been residents of the Southwest, which includes California, for 450 years and which merits acceptance because of its historical diversity. Most are not immigrants though many Anglos from America’s Atlantic seaboard treat this Mexican-American cohort as if they should not live here.

We have a lot of work to do to reconcile the discrimination composed of bias, bigotry, hatred, prejudice, racial profiling, etc. which are all involved in this xenophobia (defined as the fear of those who do not belong to your insider grouping).

Racial Profiling is of special interest because it has been officially used by law enforcement agencies to facilitate the criminalization or harassment of targeted communities using national and/or genetic traits. While declared illegal by courts, that marginalization process continues to be applied to those who look like Latinos, Blacks, Asians, etc. Much of this stirred up disdain is related to the reference language used by candidate Trump during his campaign rallies which continues since being elected. White supremacists have come out of society’s shadows since Trump’s installation as President.

I doubt that Mr. Trump, his cabinet and administration knows about the Treaty of Guadalupe Hidalgo which was agreed to by both Mexico and America (1848). California was ceded to U.S.A. by Mexico when the Mexican-American war ended with this treaty.

Since that event, Mexican-Americans have been marginalized by racial profiling which was used to advantage by Anglos migrating to California. A good example is the surge of these American Immigrants motivated by the discovery of gold at Sutter’s Mill near Sacramento (1846).

Mexican-Americans have supported and fought in every conflict involving American national interests. Many are not aware that during WW II, Mexican-American soldiers were awarded the largest number (60) of U.S. Congressional Medals of Honor.

Today (2017) racial profiling continues to be practiced as the following incident which my grandson recently experienced:

Roberto Diego, a citizen by birthrights, a graduate of public schools including UC Santa Cruz (B.Sc., Molecular Biology & Biochemistry) is a tenured science teacher at Oceanic High School, Pacifica, CA. Recently, Roberto and 3 Anglo friends were surfing on a public beach. A San Mateo Sheriff stopped Roberto to question his legal status. Someone had phoned the San Mateo Sheriff’s Office to report a ‘Mexican youth’ was harassing 3 Anglo youths when these four friends were ‘just having fun, surfing and kidding each other’. The individual who reported Roberto Diego as a Mexican undocumented immigrant was the culprit who ruined the day for Roberto and his 3 buddies. We have a long way to go to get to a society wherein we have learned to live and let live while accepting our diversity in human genetic traits, cultures, languages used, and practices of accepted social relationship skills which convey respect, dignity and belonging here’.

As the family patriarch, I had ‘the talk’ with Roberto. I advised him that next time, immediately say the following any law enforcement officer who stops him: ‘Officer, please tell me what this is about. I am a tenured science teacher, Oceanic High School, Pacifica, CA and a citizen by birthright. Now please tell me why you have stopped me to interrogate me?’ Then, maybe that officer will experience an individual who looks Mexican who is really a U.S. citizen in good standing. Needless to say, Roberto became angry; his three friends became embarrassed; nobody knows exactly how to deal with this ‘false witness’ allegation made by whoever reported to officials their personal racial profiling as a false testimony. Anger management was a topic we discussed.

I blame Trump for this sort of ‘LOW ROAD’ behavior which surfaced more often after he began using all that pejorative rhetoric during the 2016 election campaign process and since installed as President. It’s no surprise to see the KKK, neo-Nazis, and other radical oriented hate groups go public recently. These groups presume they have a champion in the Oval Office.

When is this nation going to allow all types of persons to be accepted as AMERICANS. SINCE WHEN IS THE IDEAL ANGLO SAXON IMIAGE become the only accepted AMERICAN image? When will the influential Anglo powers accept the fact that its progeny is not destined to be the White Leadership of the rest of us who are persons of color?

The U.S. Constitution states our American ideals quite explicitly. One person: one vote; equal justice under the law; Due process prior to being deemed guilty as charged’; the right to a jury composed of peers; the right to access opportunity based upon ability and merit rather than who you know. Obviously, all these are platitudes which have not been internalized by those White supremacists who believe their progeny has innate superiority (MANIFEST DESTINY BELIEF). Who defines that ‘superiority’?

One thought strikes me at this time: GOD created humankind in his/her image. Until more of us begins to live comfortably with the obvious diversity of humankind, there will be no peace; no tranquility; no security. The outcome is a world wherein each cohort seeks to be in control; dominant with unquestioned authority…all of which leads to the many conflicts (wars) which humankind has been experiencing throughout recorded history.

In this age of enhanced communication, I would hope that it is still possible to negotiate our way towards the world peace which we all crave. War, by its very nature, is very wasteful of many resources which are used by peaceful communities to establish and maintain a sustainable economy with distribution of wealth; housing; freedom of thought; access to opportunity; ascendency based upon demonstrated merit and public service.

With developed capacities for evidence based reasoned insights which enable understanding of the laws of nature…especially the basic experience which is that if humankind is to be successful, we all must follow the golden rule: Do unto others what you would have them do unto you. That is not happening today because the focus is upon WINNING and PROFITEERING. RACIAL PROFILING is just one of the several tools used to marginalize those who we insiders do not want here’.

When will this community begin to insist that the natural resources of this world are meant to be shared…there is enough for all of us and none of us needs to be excluded because of the many pejorative fears and xenophobic attitudes…especially racial profiling.