How are environmentalists using Instagram to further their causes? 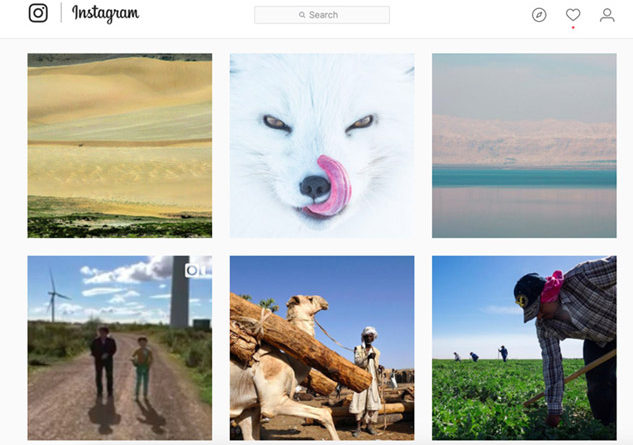 #Everydayclimatechange is one of many Instagram accounts that feature others' photos related to the perils of climate change. Photo Credit: EarthTalk
by ElObservador 08/04/2017

Instagram, the photo-based social network which Facebook bought in 2012 for a cool $1 billion, continues to rack up new users, doubling its base to 700 million monthly active users over the last two years. Environmental groups, activists and photographers have realized that they can get their messages out more effectively by embracing this newfangled communications medium that uses imagery to connect with the world’s increasingly attention-deficit oriented population of Internet users.

At the heart of the Instagram experience is hashtags, which are essentially keywords that Instagram users append to their posts so others can find them through simple text-based search. When someone searches for a particular keyword on the Instagram smartphone app or website, a list of imagery bearing the corresponding hashtag will pop up as results. Users can then choose to “follow” (i.e. subscribe to) any of the Instagram accounts that show up and will then see every new post by that “publisher” accordingly.

Several well-known green groups have active Instagram accounts, so eco-conscious users have many choices for getting their pictorial information. The Sierra Club (@SierraClub), the Center for Biological Diversity (@centerforbiodiv), Inherit the Earth (@inherittheearthorg), The Nature Conservancy (@nature_org), Conservation International (@conservationorg) and Clean Energy Advocates (@netzero.global) are among the better curated non-profit accounts to follow. And the International League of Conservation Photographers (@ilcp_photographers) features some of the best conservation-oriented imagery on Instagram from its network of hundreds of the world’s leading nature photographers.

Meanwhile, there are plenty of Instagram-only “feature” accounts devoted to environmental issues that are worth following. These curated Instagram account select posts from other users to feature on their accounts. Photographers and other users simply append corresponding hashtags to their posts and then these curated accounts can choose to pick them up and feature them for their own followers to see. Some excellent examples include #everydayclimatechange which features compelling imagery highlighting the challenges we face due to global warming. #climatechange is another hashtag sure to satisfy the urge to stay connected with climate activism. Wildlife lovers should be sure to check out @bbcearth from the BBC and its landmark Planet Earth series as well as @WildlifePlanet, which curates some of the best wildlife photography on the web. @Waterlust seeks to inspire scientific curiosity and sustainable products to support marine science research and education.

Every day new Instagram accounts with an ecological focus pop up. The best way to stay current is to locate existing feature accounts and then “follow” new photographers as they appear into these feeds. And unlike other forms of media, it doesn’t take much effort to learn about our world from Instagram.