WHAT IT MEANS TO BE A DEMOCRAT TODAY 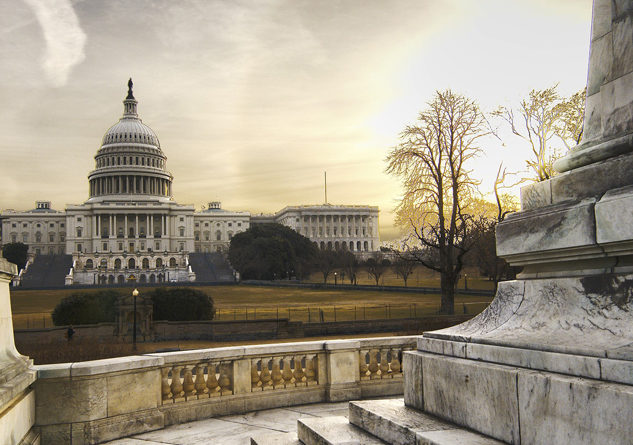 The Trump Administration’s proposed 2018 budget cuts cripple many programs which take care of people while enabling the top 1% and corporations to continue to concentrate wealth in their ‘silos’. This opinion piece is fashioned after the speech delivered by former VP Joe Biden to the 2016 National Democratic Convention. I highly recommend EO readers to go to that speech to understand the basic ideological differences between Democrats (liberals) and Republicans (conservatives).

“The Affordable Care Act made a permanent appropriation of Cost Sharing Reduction payments, along with Advance Premium Tax Credits, to reduce health premiums and out of pocket costs for millions of America’s hard-working families. From the beginning, the Republican House’s deeply cynical lawsuit was an effort to dismantle the health coverage of millions of Americans.” (Source: Democratic Leader, 05.18.17)

Democratic Party Leader also added: The nonpartisan Congressional Budget Office (CBO) reports that ‘TrumpCare is very destructive: 23 million will lose their health insurance. In 2026, 51 million people under age 65 would be uninsured. 6 million will be punished for having pre-existing conditions; essential health benefits will be destroyed; the premiums of older Americans will increase; and Medicaid will be gutted. Quite simply, (TrumpCare) is deadly.” (Source: Email Nancy Pelosi, 05.24.17)

The Occupational Safety and Health Administration (OSHA) which enforces a multitude of job site safety standards and regulations is being undermined drastically. Regulations addressing work site safety are supported by Democrats. Ultra-conservative Republicans (Tea Party) want OSHA to be defunded even more as an outcome of their ultra-conservative ideology, initiated by the Reagan Administration, which declared that ‘the problem Americans face is government which is too big, small government is much better’. Democrats favor and support ‘federal agencies appropriately staffed’ with trained enforcement personnel to both monitor and enforce OSHA’s regulations. An outcome is fewer deaths on the job and fewer worker injuries…what’s wrong with that?

Regarding support for the nation’s Environmental Protection Agency (EPA)…the Trump Administration has issued executive orders which remove standards needed to eliminate global climate change and to meet the proposed efforts of the Paris Accord Conference endorsed by some 200 nations. Clean air and potable water are endangered; scientific data regarding global warming trends are ignored.

“President Trump’s proposed 2018 budget is a full-scale attack on America’s most fundamental health and safety protections. It would gut our ability to keep our air and water clean, and would put the health of all Americans at risk,” statement of Fred Krupp, president, Environmental Defense Fund (EDF).

Humane Comprehensive Immigration Reform is being neglected; Trump Administration’s approach is to deport all 11 million undocumented immigrants. Many are law-abiding long term residents; gainfully employed and the primary support of their families whose kids are American citizens with fundamental birthrights.

Democrats support voting rights of all citizens without gerrymandering precincts which nullify the influence of those voters who are persons of color or the working poor. Republicans favor photo I.D.’s; limit polling sites; have implemented a variety of actions all of which increase increase barriers to voting.

Democrats favor investment which improves and upgrades the nation’s infrastructure (roads, bridges, harbors, river ways, canals, airports, air traffic control systems, etc.) Republicans tend to let local jurisdictions repair local roads; neglect interstate highways. Local jurisdictions passed Measure B to ensure BART projects are funded and local road’s potholes get repaired. The funding is based on a sales tax increase…a regressive tax since middle class folks are the ones who will pay the greater amount of ‘sales taxes’; corporations have tax avoidance loopholes which will not be plugged during any Republican Administration.

Democrats (Obama Administration) crafted the 2010 Affordable Care Act (also known as ObamaCare) which stabilized health care insurances in those states which participated (e.g., California). Republicans are willing to let major health insurance purveyors ‘call the shots’; eliminate subsidies for those who qualify; augment the use of prior health status conditions to deny health insurance (or be used to charge higher premiums); protects high priced prescription drugs (favoring Big Pharma); will undercut the ability of parents to include their kids in their insurance policy coverage until age 26.

This nation’s law-enforcement-Judicial System needs to require every law enforcement organization to report each and every incident in which a weapon is discharged. Each incident must be reviewed wherein a police officer reports: “I felt that I was in harms way” or “I decided I had to defend the public”. In many jurisdictions police, who are licensed to kill when protecting themselves or the community, have simply gotten away with murder. All these incidents must be reviewed by an Independent Police Auditor panel having no conflicts of interest.

Our government is not perfect. The development of ‘a more perfect union’ needs all citizens to get involved; and the resources of this nation needs formalized societal stewardship, not more concentrated ownership. EO’s readers need to choose to be liberal Democrats or Independents rather than conservative Republicans. The role of the Independent Free Press is to present the facts and truths you need.

Consider becoming a supportive partner by contributing just $20 per year to <elobservadorfoundation.org>; it is EO’s supportive non-profit.