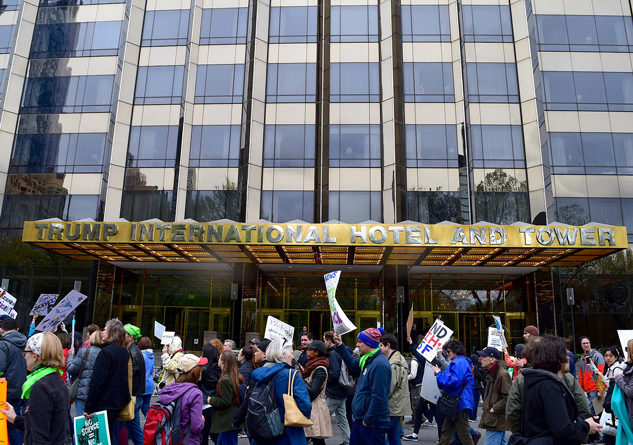 What kinds of information and data are no longer accessible?

It’s no surprise that the Trump administration is looking to change course when it comes to federal action to mitigate climate change, but analysts have been surprised how quickly and drastically the U.S. Environmental Protection Agency (EPA) has “updated” its website to reflect the outlook of its new leader. The information purge began within just two weeks of Donald Trump taking office.

Researchers from the Environmental Data and Governance Initiative (EDGI), a group of scientists tracking federal environmental and energy websites and data, first noticed changes on January 22 when a page formerly called “Federal Partner Collaboration” was updated with new content and renamed “EPA Adaptation Collaboration.” A few days later, the EPA changed the content of both its “climate and water” page to reflect the new administration’s interest in freeing up real estate developers from onerous restrictions, and its “international cooperation” page pledging to stand with other countries’ in reducing greenhouse gas emissions. Interestingly, these early changes were made three weeks prior to the confirmation of notorious climate change denier Scott Pruitt as EPA Administrator.

The next big round of changes came almost two months later on the eve of the People’s Climate March in Washington DC when the EPA removed several sub-pages under its climate section containing detailed climate data. This had originally been published during Obama’s tenure to help the public understand the magnitude of the global warming threat and to provide researchers with information to put into their models to predict how climate change will affect the environment and human health.

According to The Washington Post, one of the recently removed sections challenged statements made by Scott Pruitt, while another provided detailed information on the Obama administration’s Clean Power Plan (a new rule which the Trump administration is working to “undo”).

Another removed section, “A Student’s Guide to Global Climate Change,” featured some 50 pages of content tailored to students studying environment and climate, leaving thousands of teachers who had incorporated the data into curricula high and dry for the rest of the school year. (Luckily for teachers, the city of Chicago has republished an archived version of this section on its own website.)

“At a time when Americans are increasingly experiencing climate impacts in their daily lives, the administration has seemingly buried its head in the sand,” says Astrid Caldas, climate scientist at the non-profit Union of Concerned Scientists (UCS). “The facts about climate change have not changed, however, and politics are not a valid reason to archive basic explanations of science.”

For its part, the EPA dismisses the critique as partisan quibbling. “As EPA renews its commitment to human health and clean air, land, and water, our website needs to reflect the views of the leadership of the agency,” says agency spokesman J.P. Freire. “We want to eliminate confusion by removing outdated language first and making room to discuss how we’re protecting the environment and human health by partnering with states and working within the law.”