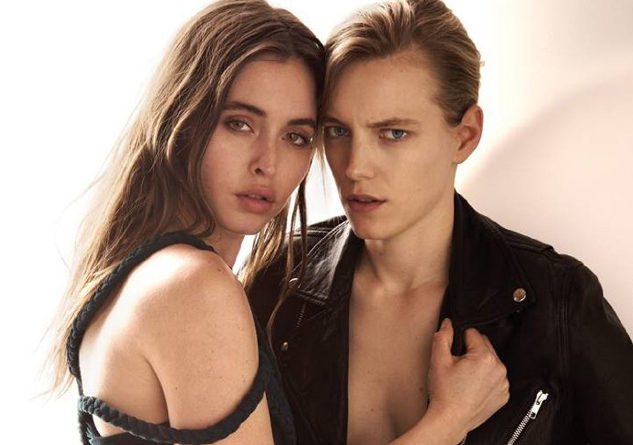 The film “Below Her Mouth” is one of the first that carries the newly created IMDB 'F-Rating', which signifies the film has been created or emphasizes women. Photo Credit: IMDB
by ElObservador 04/07/2017

“Below Her Mouth” Is One Of The First to Receive Rating

IMDb (Internet Movie Database), the world’s largest movie website, has adopted a new ‘F-rating’ to highlight films that are directed by women, written by women, and/or pass the Bechdel test – meaning they feature a conversation between women that isn’t about men.

The accreditation, which aims to support and promote women and redress the imbalance in the film industry, has so far been added to over 21,000 titles on the website, making it easier for users to search for films and TV programs which feature women in a significant role.

Among the films credited are “Girl on the Train“, which was directed by Erin Cressida Wilson, “Gentlemen Prefer Blondes,” which was written by Anita Loos, and 2016’s “Ghostbusters,” which has 36 scenes which pass the Bechdel test.

A film, TV program or book is said to pass the Bechdel test if it features scenes in which two or more women or girls talk to each other about something other than a man or boy.

April Mullen’s “Below Her Mouth”, which will be released on April 28th by Gunpowder and Sky Distribution, is among those to receive a triple-rating for featuring a female director, writer and lead.  The film, whose writer, director, producer, and cinematographer are women, was shot with an all female crew and stars two female leads.

In “Below Her Mouth”, Jasmine (Natalie Krill) is a successful fashion editor living with her fiancé, Rile (Sebastian Pigott). On a night out in the city with her best friend, she meets Dallas (Erika Linder), a roofer recently out of a relationship. Surprised by the confidence with which Dallas pursues her, Jasmine turns Dallas down – but can’t get her out of her head.  When Jasmine finally succumbs, the two women embark on a steamy affair that forces them both to reevaluate their lives.

IMDb becomes the latest film organization to feature the rating, which was created in 2014 by Holly Tarquini, director of the U.K.’s Bath Film Festival. It has so far been adopted by 40 film festivals across the U.K., including London’s Barbican.

Women accounted for just 3.6 percent of all directors and 4.4 percent of all writers in the top 250 films of 2015, according to statistics from f-rated.org, the website set up to promote the organization.