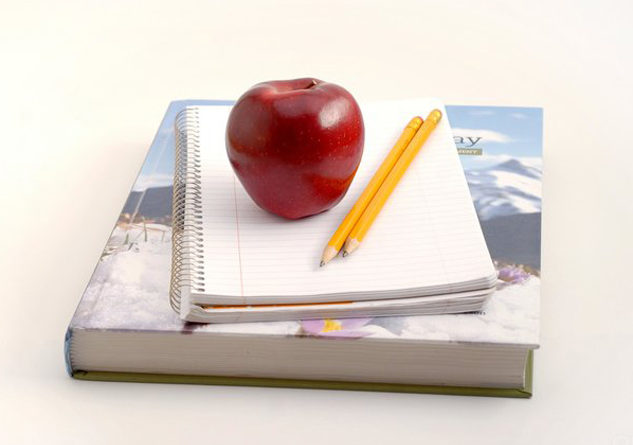 California educators say it'll take more than an apple a day to fight changes to immigration and education policies that are affecting public schools. Photo Credit: Jmiltenburg/morguefile
by ElObservador 04/07/2017

SACRAMENTO, Calif. – Hundreds of educators are marched on Cesar Chavez Day – in Sacramento to show their solidarity with immigrants in California and to oppose the immigration and education policies of the Trump administration.

The march and rally kick off the 75th annual convention of the California Federation of Teachers. CFT President Joshua Pechthalt said President Trump’s stepped-up wave of deportations has created a climate of fear that is detrimental to education.

“The threat of deportation is casting a blanket of fear over our schools,” he said. “Kids are coming to school crying. If parents feel that they may be picked up by ICE coming to school, they’re not going to come to school. We’ve seen that happen.”

Trump supporters have pointed out that ICE simply is enforcing the laws on the books.

The march began at 11:30 a.m. at the Sheraton Grand Hotel, making stops at Immigration and Customs Enforcement offices and ending with a rally on the steps of the Capitol building.

CFT Vice President Francisco Rodriguez, a representative of the Pajaro Valley Federation of Teachers in rural Santa Cruz County, said some parents now are afraid to fill out even the most basic forms.

“Any paper or information you request from parents is now suspect,” he said. “People want to know, ‘Why do you want to know where I work, where I live?’ And it’s part of this insecurity created by the changes in policy.”

The conference theme this year is “Organize, Resist.” Pechthalt said they’ll work to oppose U.S. Education Secretary Betsy DeVos’ policies that promote the use of vouchers, which he said hurt public schools by funneling tax dollars to private schools.

“It’s pretty clear that they’re going to move on an agenda that privatizes public education,” he said. “They’re going to be champions of charter schools, and she has been a champion of vouchers.”

He said conference leaders also will call for new state laws to cap the number of charter schools and require them to disclose more information about their operations and management.