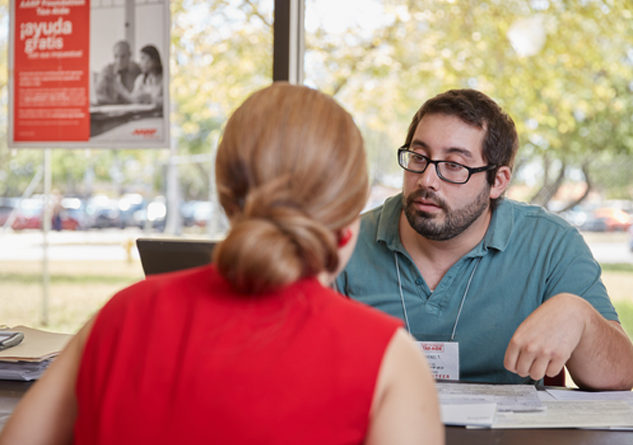 But Nancy McPherson, state director for AARP California, says the AARP Foundation’s Tax-Aide program aims to alleviate some of the difficulties in figuring it all out.

“The Foundation’s focus is offering free tax preparation help to anyone, and specifically people who are 50 and older who cannot afford a tax preparation service,” she said.

Some tax experts say the average taxpayer doesn’t need a tax attorney, but a service like Tax-Aide can offer helpful reassurance and guidance for basic tax questions and getting returns filed.

McPherson points out that the trained Tax-Aide volunteers also are familiar with deductions you might not even know about. Just last year, she says, the Tax-Aide program helped Californians obtain over $96 million in income-tax refunds and nearly $18 million in Earned Income Tax Credits.

“Many taxpayers are unaware of an Earned Income Tax Credit, or they think that they don’t qualify for it, and it’s actually one of the most important forms of income support for low-income workers,” she explained. “So, Tax-Aide can help people figure out if they do qualify, so that they get the credits that they deserve.”

McPherson says her mom uses the Tax-Aide program, which is available nationwide.

“My own mother in South Carolina uses it; she’s 92 years old,” added McPherson. “She likes to prepare her own taxes, but she also likes to have someone check it to see that she did it correctly, and someone can go over that with her to make sure she didn’t miss anything.”

She adds people don’t have to be AARP members or over 50 to use the service, but it’s important to get an appointment and ask what types of documentation you’ll need to bring.