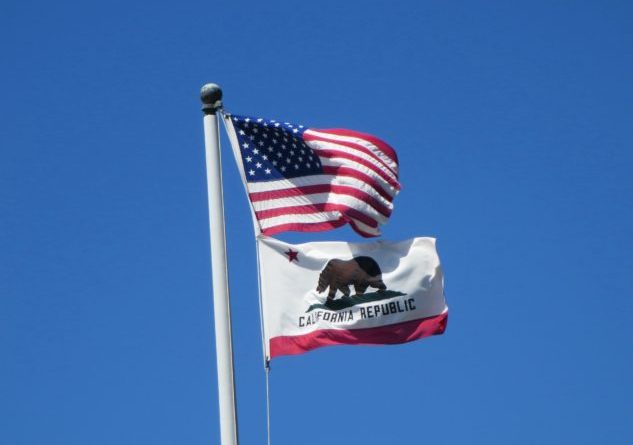 Do read the article authored by CA’s Treasurer John Chiang and CA’s State Senate President pro Tempore Kevin de León, entitled, “STOP CONGRESS FROM KILLING SECURE CHOICE RETIREMENT SAVINGS”, Mercury News (Bay Area News Group), page A14, to learn about U.S. Congressional legislation being proposed to kill CA’s “Secure Choice” state retirement plan. It is evidence that Republicans really want to privatize retirement plans so as to permit certain special interest to skim off money being saved by working class constituents as their future nest egg. Also consider that the proposed legislation really kills competition which the private retirement plan sector does not want to exist. WHY? Because this CA Secure Choice plan maximizes return on investments made; has lower fees and operational expenses which result in the individual receiving more return on savings investments upon retirement.

These special interests are focused upon making the most money possible upon the backs of ordinary working class folks. In addition, this same congressional body of conservative Republicans do not provide any welfare support to those unfortunate folks whose current retirement plans (usually 401Ks) did not perform as projected some 25 years ago. These Congress members need to become acquainted with societal stewardship in addition to being focused upon their re-election campaign funding efforts.

What is societal stewardship? It is the inclusion of social costs generated when folks do not get paid a living wage; when their community is used up (neglected and depreciation funds not saved to replace used up infrastructures; and when their environment, especially breathing air and drinking water supplies, are contaminated by lead because its cheaper. It is no wonder that the EPA, Social Security, Education, and Health Care plans are on their agenda to curtail, repeal or replace, or under-fund.

When I, as a successful working class professional who is earning much more that I need to pay for the basic essential needs of myself and my extended family…Why cant I have the choice of choosing a statewide fund such as Secure Choice as a repository of my discretionary funds which I set aside as a retirement nest-egg? The wealth that I create through my efforts could be and should be legitimately accumulated (i.e., saved) as a retirement fund) where I chose. My earned retirement funds will continue to provide for my livelihood when I am beyond my productive years. The competition between the private and public sector is legitimate. Do not take it away via legislation. The Private Retirement Fund sector has a record of high fees, high operating expenses and mismanagement. Competition against a public sector fund, such as Secure Choices exposes all these issues…giving the consumer (that is you and me) a choice.

The New York Times Editorial Board on 02.14.17 published, “Who’d Want to Limit Retirement Plans? HOUSE REPUBLICANS”. This following excerpt is a great example.

“There is no overstating how unprepared Americans are to retire. Nearly half of private-sector employees — some 55 million people — do not have an employer-provided retirement plan. Most of them are low- to middle-income earners who will end up relying on Social Security for between half and all of their income in retirement.

And yet, as early as Wednesday, House Republicans are expected to pass a measure to thwart efforts by California, Illinois and other states to establish basic retirement savings plans for employees at companies that do not offer such coverage. In California, for example, participating employees would have a small percentage of pay deducted from their paychecks, unless they opted out. Those amounts would be pooled and managed by investment professionals chosen by the state in a bidding process; the plan would be overseen by a board of government and business leaders appointed by the governor and the Legislature.

Financial firms claim that the plans represent unfair government competition. That’s false, but that doesn’t seem to concern House Republicans as they use a fast-track process to derail the states’ plans, siding with the financial industry over ordinary savers.

First, under the plans, states establish the legal framework for deducting contributions from employees’ paychecks, but they do not run the plans. Second, state plans do not compete unfairly because mutual funds and other financial firms have not competed for the small-business market where employees without retirement coverage tend to work. If they had, tens of millions of Americans would not be without coverage, and the state plans probably wouldn’t be needed.

So why do financial firms object? One reason may be that, by law, state plans are transparent about their fees and operations. In contrast, 401(k) plans and other retirement options are infamous for hidden fees, excessive costs and needless complexity. The industry has taken a lot of flak from policy makers and investor advocates for those high costs, and comparisons with state-based plans will only intensify the unwanted scrutiny.

Department rule, issued last year, that gave states with strict investor protections the green light to start and to promote the plans without running afoul of federal pension law.

The rule was enacted rather late in the Obama administration, which gives lawmakers a window of opportunity to overturn it quickly. Unfortunately, the House is charging ahead on its destructive course, and both Congress and the Trump administration have shown an appetite for helping Wall Street at the expense of average citizens.”

EOs working class readers are encouraged to tell their state assembly and U.S. Congressional representatives to continue the support of efforts to establish state retirement funds such as CA’s Secure Savings retirement plans. These plans will augment future retirement funds to be received from Social Security programs.