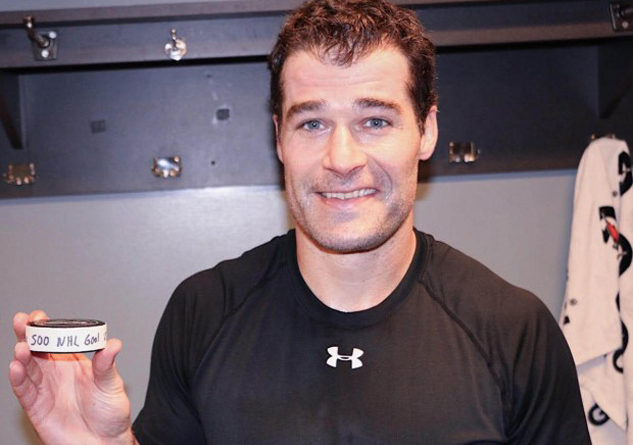 SAN JOSE – San Jose Sharks forward Patrick Marleau became just the 45th player in NHL history to reach the historic 500-goal plateau, scoring his milestone marker against Ryan Miller of the Vancouver Canucks on Thursday February 2nd. The goal was assisted by Joe Pavelski and Brent Burns. Marleau becomes the first player in franchise history to score all 500 goals in a Sharks uniform, and is just the 21st player to reach this milestone with one team.

He also ranks 10th amongst NHL players who have played their entire career with one franchise.

This season, Marleau has posted 19 goals and 9 assists in 52 games, including tying a franchise-record with four goals on Jan. 23 at Colorado. He became the first player since Mario Lemieux on Jan. 26, 1997 to score four goals in a third period.

Marleau has been selected to represent Canada seven times overall, capturing the gold medal in the 2010 and 2014 Winter Olympics.

He was originally selected second overall by the Sharks in the 1997 NHL Draft, one slot behind teammate Joe Thornton.