Can An Aspirin A Day

Keep The Doctor Away? 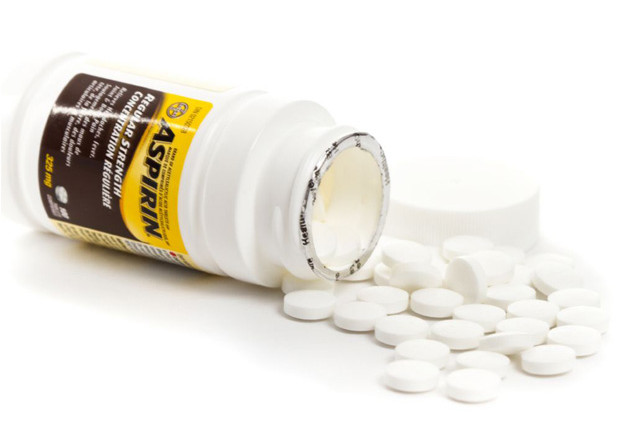 Studies show that aspirin use is not detrimental to one’s health, in fact it can have an array of positive effects on health
by ElObservador 06/30/2016

Aspirin is a familiar over-the-counter medicine that reduces pain. Taking a low-dose or “baby” aspirin every day has long been recommended to people who have had a heart attack or stroke, so they can prevent another one. Evidence now shows that for people aged 50 to 69 at increased risk of cardiovascular disease, aspirin can help prevent a heart attack or stroke from happening in the first place and, if taken for five to 10 years, can also help prevent colorectal cancer.

This is great news because cardiovascular disease and cancer are major causes of death in the United States. Heart attacks and strokes are responsible for 30 percent of all deaths, and colorectal cancer is the third most common type of cancer—causing 8.3 percent of all cancer deaths.

But just because aspirin is available over the counter doesn’t mean it is safe for everyone to take on a daily basis. Aspirin can cause serious side effects, such as bleeding in the stomach and intestines, and strokes caused by bleeding in the brain. So daily aspirin is only recommended for people who are at increased risk of cardiovascular disease and who are not at increased risk for bleeding. You should not begin to take aspirin daily without speaking with your primary care clinician first.

Who Should Take Aspirin for Primary Prevention?

The U.S. Preventive Services Task Force (Task Force) found that how much a person can benefit from taking aspirin depends on his or her age and risk of cardiovascular disease. Daily use of low-dose aspirin is the most beneficial for people 50 to 59 years old who have at least a 10 percent chance of having a heart attack or stroke in the next 10 years. The Task Force recommends that people in this group start taking aspirin after talking with their primary care clinician.

People 60 to 69 years old with increased cardiovascular disease risk can also benefit from taking aspirin, but because the risk of bleeding goes up with age, the overall benefit is smaller. Therefore, people in this group should make a decision with their primary care clinician about whether or not to take aspirin.

It is not clear whether taking aspirin is beneficial for people with increased risk of cardiovascular disease who are younger than 50 or older than 69. More research in this area is needed.

Other Ways to Reduce Your Risk

Does Aspirin Prevent Other Cancers, Too?

There is growing evidence that aspirin may also help to prevent cancers other than colorectal cancer, such as cancers of the esophagus and stomach. However, the evidence on aspirin to prevent these cancers is still new and not yet strong enough to be part of a recommendation.

Recommendations to Protect Your Health

The U.S. Preventive Services Task Force is an independent group of national experts in primary care, prevention, and evidence-based medicine. The aim of the Task Force’s work is to evaluate and identify critical preventive health services that a primary care clinician can perform.

For more information on the Task Force and to read the full report “Aspirin Use for the Primary Prevention of Cardiovascular Disease and Colorectal Cancer” and the recommendation about screening for colorectal cancer, visit