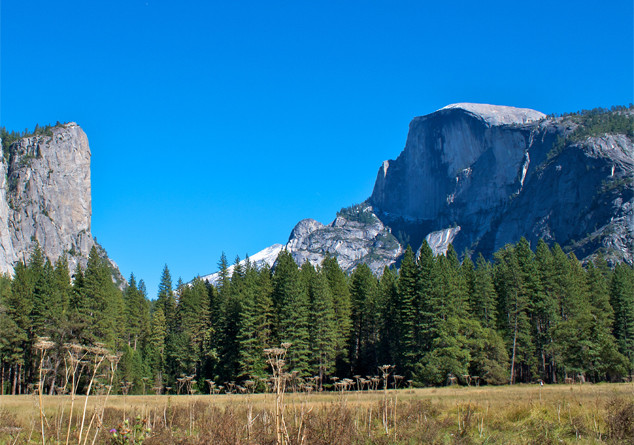 All national parks, including Yosemite, are free this weekend for Earth Day and National Park Week. The U.S Interior Secretary is calling for increased funds to maintain the parks. (schick/morguefile)
by ElObservador 04/22/2016

SACRAMENTO, Calif. – The United States needs to make a major course correction on environmental issues according to Interior Secretary Sally Jewell, who spoke Tuesday to the National Geographic Society in Washington.

The secretary decried the $12 billion maintenance backlog at national parks and called for passage of the National Parks Centennial Act to better fund the repairs.

She also called on Congress to permanently reauthorize the Land and Water Conservation Fund.

“We are at the dawn of a new conservation era in America,” says Jewell. “Americans are more determined than ever to solve the problems we face, to take action to confront climate change, to pass ballot initiatives to fund parks and open space, to work the land in a sustainable way, to give everyone an equal chance to get outdoors.”

Jewell said the Park Service is working hard to attract more people from low-income communities to experience nature – and praised President Barack Obama’s Every Kid in a Park program, that provides a free pass to any national park once a year for all fourth graders and their families.

She also announced the results of a study that is about to be released by the National Park Service on the parks’ economic impact over the past year.

“Parks generated $32 billion in economic activity for the nation in 2015,” says Jewell. “They did that on a budget of about $3 billion. Meaning that for every dollar invested in the national parks, taxpayers saw a 10 to 1 return on investment.”

In honor of Earth Day on Friday, National Park Week and the 100th anniversary this year of the National Park System, all national parks are free this weekend.