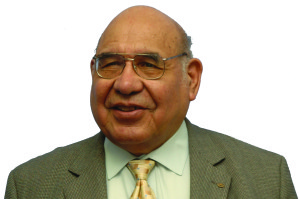 This past Sunday, January 3, 2016, the New York Times published in its Sunday Review Section, page SR-1, “WHATEVER HAPPENED TO LATINO POWER?”, This article was authored by Roberto Suro, Professor, Public Policy and Journalism, USC. I recommend reading this article presenting the perspective of historical Latino demographic growth. Latinos have no public policy impact simply because that demographic grouping is an artifact. We may all speak some form of Spanish language; but our cultures, values, economic and social status all differ in significant ways.

The ‘Hispanic’ demographic grouping places all different Latino communities into one cohort bag whose contents are uniformly homogeneous. Nothing could be further from the reality which I have experienced. It was the U.S. Census officials which came up with “Hispanic” as a grouping; and “Latinos” is the subset grouping. Latinos are individuals whose heritage can be traced back to geographic areas of North, Central and South America which were ‘occupied’ by Spanish conquistadors after Columbus landed in the Caribbean. Since then Europeans have migrated into this ‘American’ hemisphere.

The Latino community is very diverse. Today, its major cohorts are: 1) Puerto Ricans; 2) Cuban and 3) Mexican. There is also another way to define its makeup: A) Latinos who are fully acculturated and integrated as Americans; 2) Those who ‘wannabe’; and 3) recent migrants from Mexico, Central and South America.

Do you know about the following national Latino organizations? NCLR (National Concilio  de La Raza)? LULAC (League of United Latin American Citizens)? MALDEF (Mexican American Legal Defense and Education Fund)? AGIF (American GI Forum)?, USHCC (United States Hispanic Chamber of Commerce)? MAPA (Mexican American Political Association)? These organizations are evidence of Latino diversity. The reality is that Latino community’s diversity results in having no single centralized leadership whose purpose is to envision our future, establish priorities, collect and use resources effectively, etc. These organizations have not been able to select and support a national leader. The unfortunate outcome of all this is that the Latino community has had no impact upon public policy. Other interests have imposed their priorities and purposes upon Latinos.

And, Latinos must begin to consider the reality that Latinos are ‘second class citizens’ because we are thought of and treated as being immigrants when in fact the majority of us are Americans by birthright. We are Americans who have a primordial heritage which does not extend beyond existing American continents. Latinos are tired of being treated as if they are illegal undocumented migrants.

What are the real Latino community concerns? Their concerns are local. They want to live in safe and secure communities. They want jobs that pay a living wage; affordable housing; access to medical care; education and training. We want to receive the respect and acceptance we merit. Latino concerns are the same as those of others. Latinos want to be part of a social fabric wherein law enforcement-judicial system treats them equitably. Presently, their low income communities needs more resources to provide a hand up rather than a hand out. Simply stated, Latinos want the same access to opportunity as anyone else. We want to be full partners in this society, its economy and its governance.

Latinos need to develop and use truthful and factual networks which reach their many factions so that an informed self-empowerment results. If Latinos are to become full citizens, then they must do it for themselves. First at local jurisdictions. Others will not allow them at negotiation tables until they organize and create the effective influence necessary to take a full seat, with voice and vote needed to impact the public policies needed to do the greatest good for all Americans.

During this 2016 election year, Latinos, though diverse, will have the opportunity to have great impact. Their swing votes will select the next U.S. Congress and President. Latinos will define with their personal values and ideals the ‘soul’ of the next administration. Latino voters will influence the Primary Election (June 2016) and the Presidential election (November 2016)…especially when greater numbers vote. Then Latinos will have demonstrated their public policy impact. Their growth, influence and power will be established and validated.