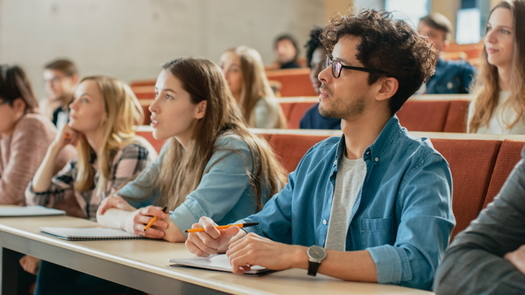 A proposal to expand Pell Grants by $400 would help pay for one extra three-credit course at a public, two-year community college. Photo Credit: Adobe stock
by ElObservador 05/14/2021

The president’s budget plan would increase Pell Grant amounts by $400 and allow DACA students to receive them for the first time.

Dr. Kristen Westover, president of Mountain Empire Community College, said the grants are a major support for her college, and expanding them would give a much-needed boost to students who often struggle to pay for tuition.

“Over two-thirds of our students receive some form of Pell support, and almost that same number are either underrepresented or economically challenged,” Westover explained. “And I’m extremely happy that it will fund those DACA students as well.”

She believes it is important to expand higher education for undocumented students and, since last year, they’ve been eligible for in-state tuition in Virginia.

More than 450,000 undocumented immigrants are enrolled in U.S. colleges and universities, and about half are DACA recipients, according to research by the group New American Economy.

Westover pointed out the proposals are part of a national trend to make post-secondary education more widely available. She noted research shows many people who might not attend college are attracted to shorter-term training programs that can lead them to expanded training or a lifetime of learning.

“We know in this day and age that learning is something that we won’t be able to get away from,” Westover observed. “In terms of the rapid pace of technology increases, and our need for the workforce to keep up with those continually, not just in the beginning of their employment.”

But some policymakers oppose using Pell Grants for certificate courses, saying it might track students into programs that lead to low-paying jobs. More than half of employed adults with short-term certificates earned $30,000 or less per year, according to data from the nonprofit New America.

What Travelers Can Expect as Overdue Summer Plans Take Shape