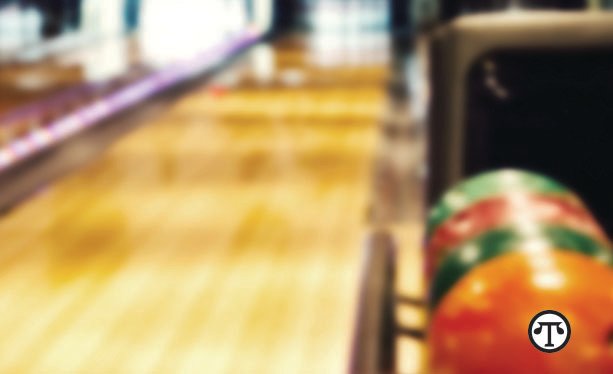 Better vision due to cataract surgery meant seeing lanes and pins clearly and so better bowling for one enthusiast. Photo Credit: NAPS
by ElObservador 04/23/2021

If you ever have trouble seeing your way clear to getting your eyes checked, here’s a case to consider: Genida White could tell her vision was gradually getting worse, but she rationalized away the need to see an ophthalmologist—a medical doctor who specializes in eyecare. She could still do all the things she enjoyed, such as bowling every Monday. But mostly, she was nervous to hear what the doctor would say about her eyes.

Her daughter provided the encouragement she needed, telling her about a radio advertisement she heard about free eye exams with EyeCare America. No more excuses; it was time for an appointment. While, unfortunately, Genida did receive the diagnosis she feared—she would need surgery to remove cataracts in both eyes—the results were brilliant. The improvement in her vision was swift and dramatic.

“I’d never had eye surgery before,” Genida said. “Before I knew it, it was over.”

A cataract is when your eye’s natural lens becomes cloudy. People with cataracts describe it as looking through a foggy window; vision is blurred and colors are dulled. About half of all Americans over age 75 have cataracts. As you age, you’re increasingly likely to develop cataracts.

Fortunately, cataracts are treatable. An ophthalmologist surgically removes the cloudy lens and replaces it with an artificial one. Cataract surgery is the most effective and most common procedure performed in all of medicine with some 3 million Americans choosing to have cataract surgery each year.

Within two weeks of calling EyeCare America, Genida had cataract surgery in both eyes—just in time to enjoy the Thanksgiving holiday. She was amazed at how simple it was to set up the initial eye exam with EyeCare America and at how quickly her vision was restored.

“Reading the eye chart was so bad at first,” recalls Genida. She could just barely read the last two lines of the eye chart during her initial eye exam with her ophthalmologist, Douglas Wilson, M.D. The day after surgery, Genida was able to read the whole way through the chart, top to bottom. “Dr. Wilson asked me, ‘Are you sure you couldn’t see before?!’ and I said, ‘Yes, I’m positive!’ It was amazing.”

Proof of her quick recovery was evident at the bowling alley, where Genida didn’t miss one Monday on the lanes.