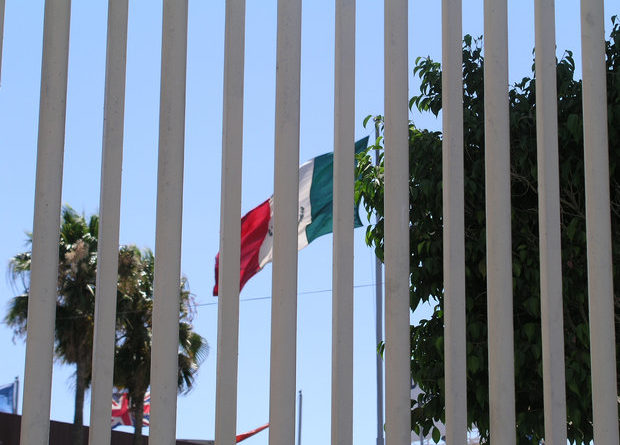 Longtime observers of the U.S./Mexico border say the current migration crisis has been artificially manipulated by starving the migrant processing system of the resources it needs. Photo Credit: KCConnors/Morguefile
by ElObservador 08/09/2019

SAN DIEGO – Close observers of the California/Mexico border claim the Trump administration is manipulating migrant policy to create a crisis – with tragic results.

Fernando Garcia, executive director of the Border Network for Human Rights, has been close to the issues for 20 years and said more people have sought asylum in past years. Garcia said he believes the difference now is that Trump is intentionally creating a racially charged conflict for political ends, and added that an obvious step would have been to hire more asylum officers and immigration-court judges to speed up deportation or asylum.

“That didn’t happen,” he said. “The administration saw an opportunity to actually create what I believe this administration is good at – to create chaos, to make it appear as a crisis.”

Trump regularly describes migrants as an “invasion” made up of criminals. That view of America under siege also showed up in the writings of the man accused in this weekend’s El Paso shooting. The president has said his crackdown aims to protect American jobs and reduce crime.

Federal immigration agencies had not replied to emailed questions by deadline. In the past, the Department of Homeland Security has blamed a lack of funds for the desperate and overcrowded conditions of migrants in detention. However, Garcia pointed out that the White House sees no problem requesting funds for a border wall.

“He got billions of dollars for infrastructure,” Garcia said, “so there is no way that they didn’t have money to feed children or to have more asylum officers.”

Several studies have shown that immigrants actually create more jobs than they take, and other research concludes they can help save the Social Security and Medicare systems by paying in more than they take out. But Garcia said the emotional battle over migration could help determine the nation’s future for decades – much as other migrants did at the beginning of the last century.

“Ellis Island defined the character of the nation,” he said, “but this is the question – what kind of nation we’re going to have? The acceptance that America is not that white any longer; or we’re going to have a border that incarcerates children, puts immigrant families in concentration camps.”

Also this week, immigrants rights’ groups sued the administration to stop a policy that fast-tracks deportation for any undocumented person who can’t prove they’ve lived in the United States for the past two years.