YOUR FAMILY IS MOST IMPORTANT, ENJOY FAMILY RELATIONSHIPS 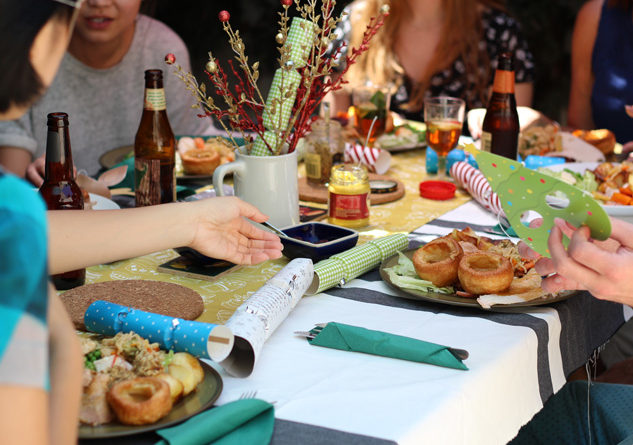 It was very heart-warming to have 29 family members as guests on Thursday, Thanksgiving Day which included 12 children, who do not yet know that they are our family’s future. Family legendary stories were related (and embellished); the food was tasty and available in ample quantities along with beverages. That night my wife, Betty and I retired feeling very good and content. As parents, we feel very good about having all three children and grand-kids along with in-laws as extended family. Life is GOOD!

The next day, I came down with the worst flu ever experienced and my iMac’s power unit burnt out. But that night, MSNBC Late Show host Stephen Colbert had Michelle Obama, former First Lady and author of a book entitled “Becoming”. It is already a NY Times best-seller which tells, for the first time ever, the experiences of Michelle, as First Lady, dealing with the White House environment from the perspective of a wife, mother, and being the First Lady of this land. I recall Michelle telling the White House staff back in January 2009, that her two daughters would clean their own room and make their own beds (just like at their Chicago home).

The interview by Stephen Colbert was revealing in that Michelle revealed that she made it a point to not discuss any public policy issues when Barrack came home for supper. Her mother, the girl’s grandmother, was also in residence to assist Michelle with child care issues. Note that during 8 years of residency in the White House, the American Public hardly ever made the news. Both Michelle her mother managed to sustain a normal family focus and environment in that White House while Barrack was CEO and CIC of the most powerful and influential nation on this earth.

The Obama family even attended their girl’s PTA school meetings which involved a motorcade of 16 vehicles plus 48 motorcycle police who secured their school’s neighborhood. Michelle downplayed the presence of Secret Service security guards packing sidearms by telling her girls, “It’s okay, they’re doing their jobs protecting the President, who is your father.” None of this made the news but is documented in her book. Family was very important to the Obama’s.

What a contrast to the current ‘family’ now occupying the White House!

Another ‘family event’ happened…the burial of former President George Herbert Walker Bush who merited the gratitude and respect from this nation and the entire world community of nations who sent representatives to pay their respects. President Bush, as the 41st President, served only 4 years in the Oval Office; had survived being shot down as a fighter pilot; became a seasoned diplomat who guided the re-unification of East and West Germany after the Berlin Wall fell; and signed off on legislation establishing marriage rights for the HGLTQ community and the American Disabilities Act.

Again, Barbara and G.H.W. Bush had a family which is engaged, involved, and committed to ‘public service’ while maintaining and practicing Christian family values of decency, honesty and transparency.

What a contrast to what is being experienced by the American public today! I bring this to your attention because Thanksgiving, Christmas and New Year’s Day holidays are most meaningful when we consider the role of the FAMILY and our personal developmental experiences as family members who were informed, nurtured and cared for by our family relationships beginning with our father and mother. Do take time to connect with those days at home, at school, and amongst our friends. It is these relationships which are most meaningful. Connecting with and communicating with others using electronic smart devices and social media networks does not add up to the level of direct human to human eyeball relationships and interactions.

It is during these holidays that we need to make an effort to rise above the crass commercial materialism of our capitalistic ‘bottom line’ values which will never supplant the decency and transparent honesty which is nurtured by good family relationships. A bit of forgiveness and empathy may be practiced and required, but it is worth the peach and tranquility which results from staying in relationships and not letting disputes and differences keep us separated from our family roots.

Good family relationships along with friendships with others are the basis of a good life. Take time to enjoy your family and friends during this 2018 holiday season. Know and accept the reality that friendships and family relationships require your persistent attention and thought which result in all of us enjoying and sharing our good fortunes. Have you noticed that when you share there is always enough for all those involved? When we take time to care for each other by sharing what we have, good things begin to happen. More of us will have smiles, satisfaction, and contentment. And it all begins in your good family relationships. Take time to take note and enjoy them now.

The EO management and staff and I wish you and yours have a Very Merry Christmas and a Happy New Year 2019!