Beyond the Glass Slippers: Q&A with “Cinderella” Performer Mandy McDonell 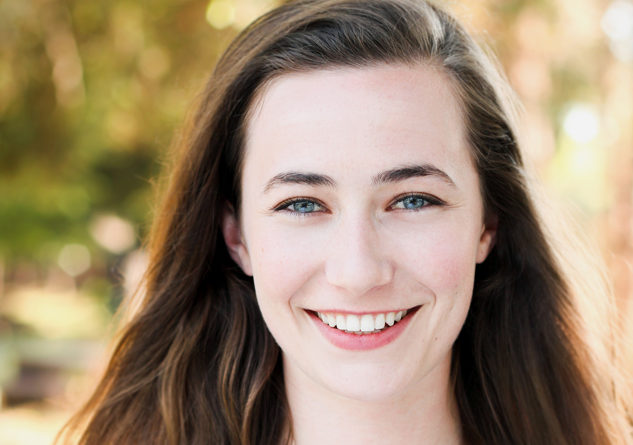 Stage Version Changes up the Classic Story for Its Broadway Production

Mandy McDonell is a theater performer and a San Jose native who is coming back home with the touring Broadway production of Rodgers and Hammerstein’s “Cinderella”. It will be at the Center for the Performing Arts from November 30 to December 2.

McDonell got her start at the age of three, and ever since she has continued to devote herself to the stage. A graduate of Archbishop Mitty here in San Jose and an undergraduate of the University of Utah in Salt Lake City, this tour is her first ‘career gig’ out of college.

In the following conversation, McDonell breaks down what influences led her into the arts, as well as what she’s doing in this revamped “Cinderella” production which according to her, is updated as a relevant story in our contemporary times.

Mandy could you tell us about your earliest memories of the performing arts and how that influenced your career?

When I was three my mom put me in dance classes at our local studio called The Dance Affair and I started dancing and actually my first dance recital when I was three was at the San Jose Center for Performing Arts which is where the tour will be performing, so I get to go back to the first stage that I performed on. I was sent tickets at a show at Children’s Musical Theater in San Jose by my aunt when I was six, and we saw the show and I expressed interest in wanting to do that but it didn’t come to fruition until I was eight and I started doing musicals at CMT and all growing up there was just something that I saw that sparked interest and I really wanted to try it. And I stuck with it all this time.

Can you tell me a bit about what’s going on in this version of Cinderella and how it differs from the other versions that are known of, whether the original story, or the Walt Disney animated film for example?

So, it’s a new and updated version but still has all the classic Rodgers and Hammerstein songs that people know from the TV version, the one that I would really know is the 97’ version with Brandy and Whitney Houston. So, it’s an updated version of that so there are twists in the story that make it more modern and just I guess more relatable to what’s going on in our world today. But there’s still the same songs that we know and love and fun magic for all ages really.

What role(s) do you play and have for this production of “Cinderella”?

I’m in the ensemble and I also understudy Cinderella and one of the stepsisters, Gabrielle.

What does that entail? What sort of training and practice goes into being able to switch off at a moment’s notice?

For the show we’ve rehearsed for about three weeks total and so that’s when I was honing in my ensemble role and still kind of watching what was going on with Ella and Gabrielle. Now that we’re in performances I have more time to focus and learn what [they] are doing. And we’ll have rehearsals specifically for understudies, so I’ll get to practice then, but you just have to do a lot of work on your own, it’s like taking an online class – and be ready at any moment to go on.

Have you gotten the chance to play either of your understudy roles yet?

I have not yet.

Is it something you are excited to try, or is it a mix of nerve-wracking emotion in there as well?

Yeah it would be a little bit of everything. It would be amazing but also, I’m sure a little stressful because you don’t have as much rehearsal and you’re expected to give the same level of performance. It can be nerve-wracking but what we’ve trained for – it really puts our professionalism to the test and that’s exciting.

How has your first national tour been? Do you have any interesting experiences or memories thus far?

It’s been amazing, I didn’t really know what to expect. You know, we travel on a bus, or the airplane and we stay at hotels and you’re with the cast and crew and orchestra 24/7 and we’re all working towards one common goal. That’s been really fun. And seeing parts of the country that I don’t think I ever would have come across or visited has been really awesome seeing. Seeing what each little town is known for and getting to meet the people there, that’s probably the best part of tour besides performing in the show.

When we go to all these different places the nature of the show is such that kids are seeing their first musical when they come see us and that has just been the best part. Knowing that I’m inspiring someone like I was inspired. Because that’s how I got into theater, just seeing a production and just seeing people on stage. Just looking out in the audience during bows every night and seeing the little girls and boys with their Cinderella toys or dressed up in their princess dresses. That’s probably been the best part so far, I didn’t realize how much that would affect me.

Bouncing off of that, what was your first production that you saw as a kid?

Well the very first one that I saw was at Monroe Middle School and that was “Annie.” That was when I was four, but the first one I saw at Children’s Musical Theater was “Starmites”.

Could you tell me about some of the things people will see and experience at “Cinderella”?

There is definitely magic that happens and that’s something that [is] different on stage then in a film or a movie. I think it’s more impressive when you see it going on stage because you still don’t know how it’s happening. And it seems like there’s something when there was nothing before, that’s really special about our version. There’s a message of kindness that is very important in this version and I think that’s what people need right now. There’s messages of democracy and politics that are also relevant, that aren’t as prominent in other versions. But they should still expect to see glass slippers, a prince and a princess, horse and carriage, a marvelous ball, all that is still there.

Do you have a favorite specific moment in the show?

I would say performing the ball. There’s a beautiful dance number at the ball and I just think it’s so beautiful and magical and that’s my favorite thing to do every night.

Finally, would you recommend watching any version of “Cinderella” beforehand?

I’d say it’s fine going in cold turkey, open mind, just not expecting any certain thing. It’s definitely going to give you a new perspective on this story.

“Cinderella” opens up at the San Jose Center for the Performing Arts on November 30 and runs until December 2. More info and tickets available at broadwaysanjose.com.