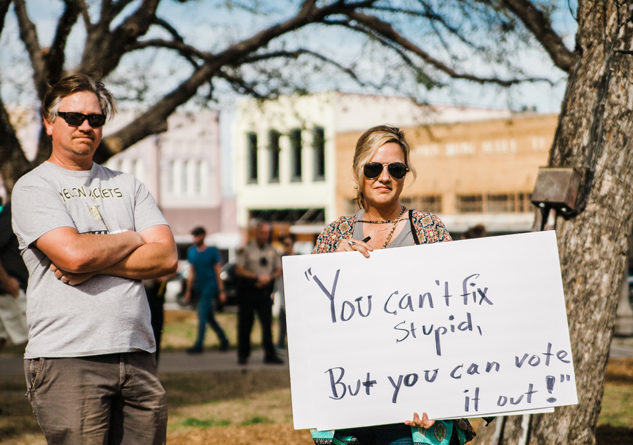 According to the “HOME PAGE” of Registrar of Voters, County of Santa Clara, the deadline to register to vote is October 22, 2018. {SOURCE: <www.sccvote.gov>}. Hopefully, each and every resident citizen is planning to vote at your precinct’s poll or by ‘VOTE BY MAIL’ in the coming “Midterm Election” scheduled for Tuesday, November 6, 2018.

National Voter Registration Day occurred on Wednesday, September 26th. I did not know this until I received emails from several political advocacy organizations. House member Zoe Lofgren (Democrat; CA-19) who was first elected to represent San Jose, CA in 1995. Zoe is chairwoman of the 36-member CA delegation (the largest of any state) and merits being re-elected.

House Democratic Leader Nancy Pelosi (Democrat, SF) is promoting THE BLUE WAVE needed to have a Democratic Party Majority in the House of Representatives as well as the U.S. Senate. This Midterm election outcome is critical if the checks and balances on President Trump is to be re-established. According to Zoe’s email, “The Blue Wave is real; Democrats may win back the House of Representatives, but only if Democrats “Get Out Their Voters” (GOTV) on November 6, 2018. You may find your polling place here: <www.sccvote.gov>.

Lofgren’s email states: “In order to win a House Democratic Majority, 23 Republican-held seats need to be flipped plus hold all seats we have now. The momentum is certainly with us (Democrats), but we cannot do this unless each and every Democrat votes on Tuesday, November 6, 2018.”

Here are some easy steps you may take to ensure that you vote and that your family, friends, and neighbors do too!

4) Spread the word that you are voting. They will be more likely to vote too. So, tell your family, friends, and neighbors where and how to register and vote (or just forward them this information by email).

5) “VOTE BY MAIL” BALLOTS MUST BE MAILED OR DELLIVERED BY POLLING CLOSING TIME!

6) Make A Plan: Pick a time to vote; then schedule it in your personal calendar. Maybe you, family members and friends can go to the polls together & party afterwards!

7) Follow the voting results so that you know who your new elected representative is.

Consider why you should vote. First of all, your vote will express your personal values and aspirations for yourself, your kids and neighbors.

Secondly, I do not believe that public policy decisions need to be made using only business bottom line logic. Capitalism favors the concentration of wealth which becomes viewed as personal property. There is a need to include ‘Good Samaritan social stewardship’ which sustains those who cannot make it on their own or are severely disabled or handicappped. I also contend that this nation’s natural resources need to be developed and distributed in a manner which meets social needs and achieves the greatest social good. Public education and universal health care need to be accessible. This nation and its society need informed skilled minds who serve the community. Health care services need to be accessible without sustaining a profitable health insurance industry in addition to the usual and customary costs of licensed professional services delivery.

I can think of no industry which has been more subsidized by federal funds than health care. Its community clinics, hospitals, training facilities, and basic research centers all receive federal grants. Much public health research is first funded by National Science Foundation or National Institutes of Health as examples. Their basic research performed at academic institutions developed the scientific information which preceded capitalistic monetization (e.g., organ transplant capability). Companies need to pay their fair share of taxes especially now that the Supreme Court had ruled them to be individuals who speak with their money.

Republican ideologues, when elected officials, have curtailed collective bargaining rights of unions and have done nothing to ensure a living wage scale which enables the working class to have sufficient funds to make ends meet. The Republican focus is profit oriented and creation of a wealthy oligarchy such as the one from which Mr. Trump experienced since birth. Trump cannot deal with poverty because he has never experienced its challenges. He and his ilk simply never think about those 100 million working class folks except when their consumerism generated volume and profits.

The Democratic Party promotes progressive programs which sustain the largest number of American residents. Social Security and universal health care accessible to all are goals. A fair judicial court system is another goal. Fair wages for both genders are an aspiration. The Democratic Party tends to deal with a broader distribution of wealth while still caring for those who are homeless, destitute, handicapped or disadvantaged. Simply stated, Democratic Party has initiated and sustained more programs which provide a hand up to those who do not have the means to initiate upward mobility efforts without public program assistance.

Since the Trump Administration was installed, many federal regulations pertaining to health, work site safety, access to safe drinking water, and sustaining national monuments and Parks…all these have been initiated and sustained. All their public policy actions reflect the ideology that no governance, its monitoring and regulation is the best for private business. The reality is that no government results in a wild west ruthless society where those with guns prevail.

This particular Midterm Election is very important because of the many controversial social and public policy issues which the Trump Administration has done or is proposing to do.

The working class of America whose members are registered to vote need to seriously consider the following question: “Are you better off with a Republican or a Democratic presence in the White House and U.S. Congress? What follows is a list of things the Trump Administration has addressed during the first half of a 4-year term:

Your choices are limited – It is time to re-instate the U.S. Constitutional checks and balances form of participatory democratic governance. So, vote accordingly to have a Democratic Majority in both the House and the Senate. It is the only alternative at this juncture which ‘We, The People’ have, and it works only if we all vote. Know that those who did not vote in the 2016 Presidential election helped Trump win the electoral college majority vote which unexpectedly elected him as our current President. It’s time to reinstate checks and balances.