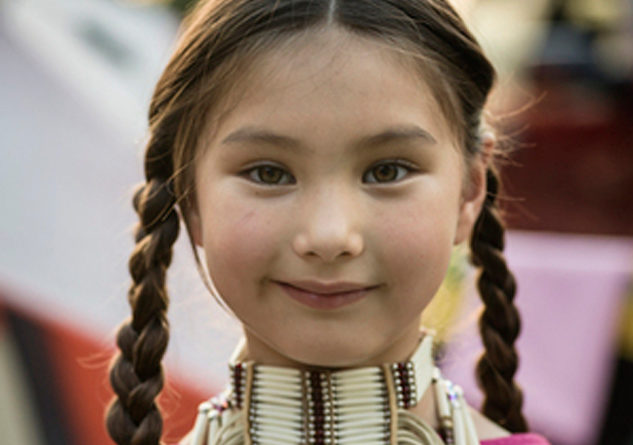 Crystal Echo Hawk, project leader, said the goal of the report, Reclaiming Native Truth, is to find out about the dominant narratives and perceptions of native people from a diverse group of Americans. It included focus groups spanning 11 states and involving people of every race.

Echo Hawk said negative stereotypes include ideas that they’re dependent on the government, but also flush with casino money.

“What we actually found is the biggest barrier that Native Americans face is invisibility and erasure, in the fact that you don’t see native peoples in the media; you don’t see them on TV and film,” Echo Hawk said. “And in fact, almost 50 percent of K-12 schools in the United States don’t teach about Native Americans past 1890.”

Michael Roberts is president and CEO of First Nations Development Institute, which led the project alongside Echo Hawk Consulting. He said in some ways, disparaging remarks about Native Americans from President Donald Trump may have led non-native respondents to this project to be more honest.

Research for the report also happened to coincide with protests against the Dakota Access pipeline, and Roberts said that provided an opportunity to measure people’s opinions of Native Americans during this monumental action.

“A big one for us that came, I think, directly out of DAPL was, while they didn’t understand tribal sovereignty, they had a firm belief that tribes should be able to manage their land and resources and water as they saw fit,” Roberts said.

Roberts said because Native Americans make up less than 2 percent of the country’s population, they can’t change the narrative on their own. The report also includes a guide for people who want to work alongside indigenous people to change negative stereotypes.

Dr. Stephanie Fryberg, an association professor at the University of Washington who contributed to this research, said many still hold onto a 19th century view of Native Americans, and this has a real psychological effect on youth. She said using stereotypes of Native Americans as sports mascots also damages young people’s since of self-worth.

Fryberg said even people’s romanticized portrayal of indigenous people can be dehumanizing.

“We have to be allowed to be contemporary people and not constantly be located by America as historical figures somehow frozen in time,” Fryberg said. “We are here now, today, doing great things – building businesses, working to improve our communities, trying to provide the best lives for our children.”

U.S. Should Not Discourage Breastfeeding