REPLACE THE ESTABLISHMENT IN CONTROL 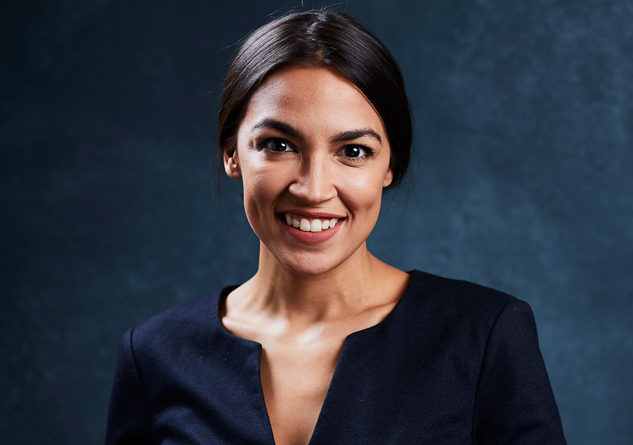 On Tuesday, June 26, 2018 a 28-year-old Latina, Alexandria Ocasio-Cortez, surprised this nation, especially its Democratic Party establishment, by being elected as the U.S. Congress Representative of Bronx, New York. The Democratic Party establishment expended $3 million in campaigning for the re- election of incumbent Joseph ‘Joe’ Crowley, who had already served 10 terms and was expected to replace Democratic Leader Nancy Pelosi as the Minority Leader.

Ocasio-Cortez began knocking on doors in her South Bronx, New York congressional district 18 months ago. Her campaign efforts were simple: She communicated with the citizens who voted for her; She was in contact with the working-class folks of that district. Cortez addressed their concerns.

During her guest appearance on Stephen Colbert’s Late-Night TV Show (Friday, 06.29.2018), Alexandria Ocasio-Cortez, a hospitality worker (bar-tender), presented herself as a very confidant young woman who had organized an effective campaign team funded by only $300,000.

Colbert began the interview by saying, “You know that before Tuesday’s election I did not know your name; nor who you were. Tell us how you upset an established Democrat Congressman.”

Ocasio-Cortez replied, “What pollsters do is to gather a list of expected voters who they use when doing polling surveys. What we did was to motivate those who hardly ever vote…their voice was their vote. Pollsters are not always right. We simply changed who turned out to vote last Tuesday.”

Stephen Colbert revealed that 4 days prior to the election, polls established that Alexandria was 36% below Joe Crowley; but after the election, she had defeated Representative Joe Crowley by 15 points…an upswing of 51 points. “How did you do that?”

Ocasio-Cortez: “Let me respond with the following anecdote. Eight minutes prior to the polls closing, I was driving back to the old pool hall which had our campaign offices. I saw two teenagers who flagged me down to tell me enthusiastically ‘We just voted for you! We feel good about that!” Then I noticed news reporters running toward the pool hall, so I ran to get there before them. On entering the pool hall, I noticed the TV screen data report which told our community that I had won. That is how I learned that I had won. We just motivated the millennials to get off their couch to vote. Can you imagine two teenagers, age 19, voting during an off-year midterm primary election?” Ocasio-Cortez’s campaign had focused on informing those who normally do not vote! The outcome was an upset according to the news media and establishment Democratic Party leaders who already had plans for Joe Crowley. Simply stated…they had lost contact with the South Bronx community which is Democratic. That Congressional District had changed from being “White” to being very diverse over the 20 years that Joe Crowley was their Congressional Representative. He had lost contact.

For 32 years (since 1986) as EO’s publisher, I was told by political experts “Hispanics do not vote so why should we promote our candidates in your EO publication?” I also was told by some promotional experts: “Hispanics do not read, so why waste our campaign funds using Hispanic press?” During those 32 years I encouraged Hispanics to register to vote; learn about the public policy issues which impact your community; and then vote in your own best interests. Never, during that period did any national political party ever place a paid advertisement in EO. And I am certain that many Latinos made campaign contributions to those national political groups (both Democrat and Republican). And we all know how much money was allocated to national TV networks and radio networks…and today it is the internet!

Too many political pundits, both Democratic and Republican, have used polls to guide their placement of promotional efforts and communicated using national media. Those communicators do not use local community publications, radio and TV.

Let’s get back to Colbert’s interview: “Alexandria, you present yourself as a ‘Democratic Socialist’. Tell me what your agenda is.” Alexandria: “I believe that in our wealthy America, Democracy is about our professed values. No one in this nation should be so poor that they cannot live a life with some comforts; have a home, food on the table, and security. Education or vocational training needs to be accessible. No one should be homeless; Housing and health care must be affordable and available even if government must take steps to make that a reality.”

Colbert: President Trump lives in Queens district nearby. His agenda is quite different from yours. Will you be nice to him?” To that statement, Alexandria Ocasio-Cortez replied, “I do not think Mr. Trump knows how to deal with a Latina girl from the Bronx.”

This Bronx election reveals how out of contact are the leaders of the Democratic Party (and its Republican counterpart). This Trump Administration has focused its power and authority in a destructive manner by kidnapping our children from their parents. During the campaign, Trump declared that “Mexico does not send its best to America. What they send is their rapists, murderers and drug-dealing criminals.” Trump has, through his words and actions, encouraged the worst racism, misogyny, etc. to be come out openly. The consequence is the lowest level of civil behavior not only in America, but also throughout this world. Trump’s idols are dictators such as Russia’s Putin along with those other autocratic leaders in North Korea, the Philippines, and China.

Marvel Studios’ Ant-Man and the Wasp