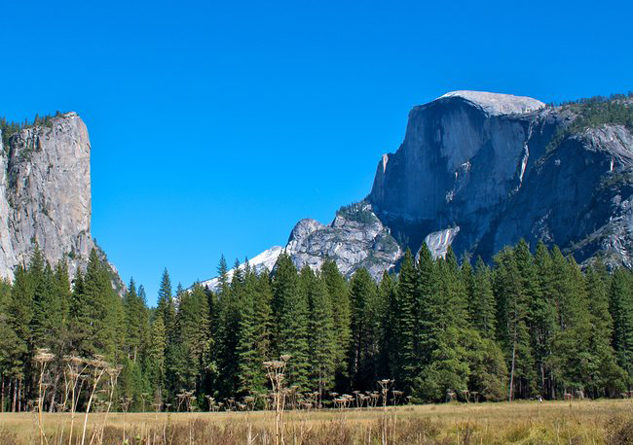 Yosemite National Park had a backlog of more than $583 million worth of deferred maintenance as of 2017. Photo Credit: Schick/Morguefile
by ElObservador 05/18/2018

YOSEMITE, Calif. – This week is national Infrastructure Week, and a coalition of business, conservation and veterans groups are calling for a dedicated funding stream to address the $11 billion backlog of deferred maintenance at our national parks.

The money is needed to repair not just roads and trails, but things such as staff buildings, visitor centers, sewage systems, water lines, power lines, docks and more. Carolyn Cavecche, president and CEO of the Orange County Taxpayers Association, said national parks benefit everyone and should be prioritized before costs jump even further.

“The more you put off paying to fix something, the more expensive it gets,” Cavecche said. “And if we don’t focus on taking care of our national parks right now, then we’re going to be in an even bigger crisis down the road.”

California is home to 27 national parks, monuments and historic sites that have $1.8 billion in deferred maintenance. They include Yosemite, Sequoia, Kings Canyon and Joshua Tree national parks, as well as smaller sites such as Muir Woods, Devil’s Postpile and the Cesar E. Chavez National Monument.

Marcia Argust, director of the Restore America’s Parks Campaign with Pew Charitable Trusts, said returning the parks to tip-top shape would be good for the environment and the economy.

“A Pew-commissioned analysis found that if the maintenance backlog facing the National Park Service was fully addressed, over 110,000 jobs could be created or supported nationwide,” Argust said; “including more than 16,000 jobs in California alone.”

More than 180 infrastructure groups have signed a letter to Congress asking for more investment in national parks. Their members include professionals in the fields of construction, engineering and architecture.

Report: Juvenile Probation Should Focus on Help, Not Punishment