What are some ways we can encourage more commuters to ditch their cars in favor of bikes? 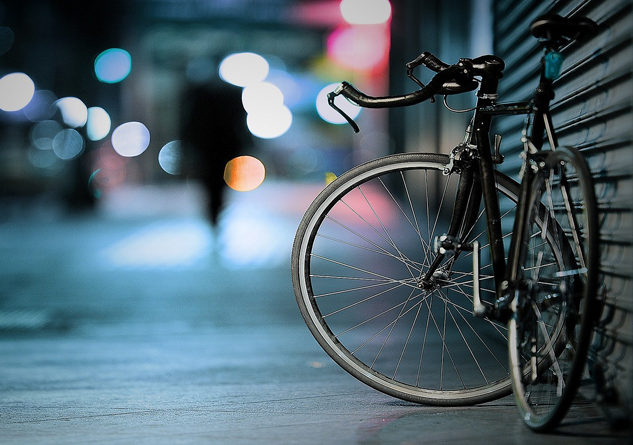 One of the best things we can do as individuals to fight climate change is to reduce the number of miles we drive in our fossil-fuel powered cars. But replacing those car rides with more fuel-efficient options isn’t so easy, especially if you don’t live near a transit hub. Given all the new bike lane infrastructure across the country and the availability of battery-assisted bicycles to help you around, there’s never been a better time to ditch the car in favor of pedal power.

If you’ve only got a short way to go, your good old bike might work just fine. But if you need to get further than you’re comfortable riding under your own power, why not upgrade to something with battery assistance? You can retrofit your current conventional bike with a battery-powered rear wheel, such as Superpedestrian’s Copenhagen Wheel ($1,499), lovingly referred to as the “Two-Wheeled Tesla,” given its sleek design, Bluetooth connectivity and biometric monitoring. Or DIYers might prefer to spend their weekend tinkering with Aosom’s battery-powered rear-wheel replacement kit ($219) instead.

If you’re ready to buy a new electric-assist bike, there’s a lot to choose from. Some top choices include Stromer’s ST2 ($6,500), Elby’s 9-Speed ($3,700), the Espin Sport 350W ($2,000) or Raleigh’s Superbe iE ($1,700). City slickers might prefer Brooklyness’ CMYK 5.0 Folding Electric Bike ($999), which pedal-assists for 50 miles per charge and can fold up into a neat little 25-pound bundle when you get there. Brooklyness is also getting ready to release the first production models of its new helmet design, the Classon, which has sensors built in to detect cars approaching your blind spots, motion-activated brake and turn signals to keep drivers and pedestrians in the know about where you’re going, and a video camera to document your adventures.

Another way technology is facilitating bicycle commuting is through the release of various apps to help riders optimize their routing. For instance, Lanespotter aims to be the Waze of cycling by providing riders with real-time data to find bike lanes and trails nearby, filtering mapping options based on other cyclists’ routing choices and safety recommendations. If you live in Atlanta, Minneapolis, New York City, Philadelphia, Portland (Oregon), San Francisco, St. Louis or Washington DC, you can download and start using Lanespotter (free) today.

And then there’s bike sharing, a growing phenomenon from coast-to-coast whereby riders can pick up a bike in one part of town and drop it off in another to speed up their commute. New York-based Motivate has designed and implemented bike share networks in nine U.S. cities to date, with the largest in New York (10,000 bikes) and San Francisco (7,000 bikes). A typical ride on one of Motivate’s bikes costs $3, and many of the systems are integrated with larger transit networks. For instance, Bay Area riders can pay for their “GoBike” using the same refillable Clipper card that gets them onto BART trains and MUNI buses.

I’m looking for cool holiday gift ideas for a strident vegan who won’t tolerate items that make use of animals or animal products. Any ideas?