Are there any realistic geoengineering solutions to our climate woes? 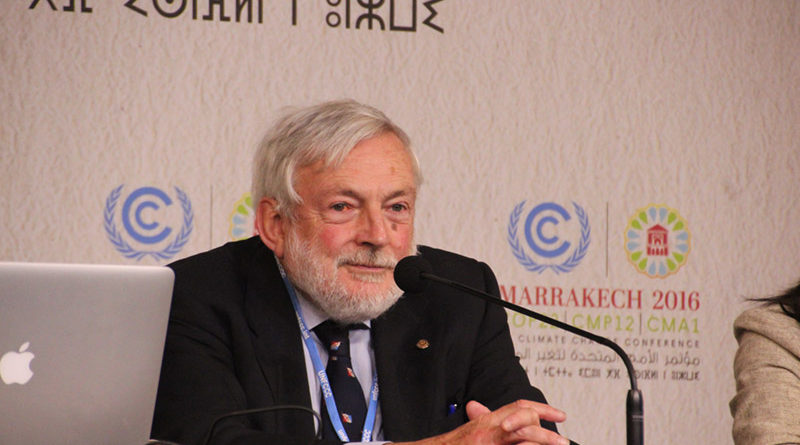 Peter Wadhams of the University of Cambridge’s Polar Ocean Physics Group is one of an increasing number of climate experts who thinks we may need to employ geoengineering techniques if we are to stave off the worst effects of global climate change. Photo Credit: Takver, FlickrCC.
by ElObservador 09/22/2017

Geoengineering our way out of the climate crisis is something so drastic that no one really wants to admit it might be our only hope. But while cutting down on our air miles and switching over to a Prius can’t hurt, at least a few green leaders are starting to get on board with the concept of geoengineering as one weapon in an arsenal including improved energy efficiency and transitioning to renewable energy sources.

In his 2016 book A Farewell to Ice, Peter Wadhams of the University of Cambridge’s Polar Ocean Physics Group lays out several different scenarios where humanity could utilize different geo-engineering techniques to stave off cataclysmic climate change.

First and foremost on Wadham’s list is direct air capture of CO2—”something the whole world should be putting its research money into”—where we literally vacuum the offending pollution out of the air. Wadhams thinks this is the most logical approach, and one we can get started on right away if there is enough political will to get it funded.

Another potential geo-engineering save involves unleashing a fleet of salt spraying ships around the world’s coastlines that would pipe ocean water hundreds of feet skyward, spraying clouds with salt crystals to reflect more sunlight upwards and away from the Earth’s surface. University of Edinburgh engineers have already designed a prototype fleet of ships to serve as a model for larger efforts.

So-called sparkle blasting balloons represent another tack in the armed battle against global warming. Researchers are proposing sending hot air balloons (or airplanes or even artillery shells) into the sky to shoot or spray sulfuric acid or sulfur dioxide into the upper atmosphere where it would combine with pre-existing water vapor to form sparkly aerosols. When dispersed by the wind, these aerosols would surround the globe with haze that could reflect an estimated one percent of solar radiation back into space.

Yet another geo-engineering climate hack involves constructing a supersized space mirror (or reflective mesh) that could be launched into the Earth’s orbit to protect the planet by reflecting some of the sun’s rays skyward.

And no discussion of climate geoengineering would be complete without mentioning carbon sinks. For instance, we could “fertilize” barren sections of open ocean with iron to stimulate the production of CO2-sucking algal blooms and other photosynthesizing marine life. “When the algae die, they sink to the bottom of the sea, taking carbon with them,” writes Jennifer Santisi in E – The Environmental Magazine.

Of course, each of these techniques has potential side effects and unintended consequences, not to mention extreme costs. Researchers are proceeding cautiously to try to work some of the kinks out before we actually need to implement them on a widespread scale.

Meanwhile, environmentalists worry that geoengineering remains a distraction and that we have to “keep our eye on the ball” regarding trimming our carbon footprints. That said, it’s nice to know that scientists have a few Hail Mary plays up their sleeves if we ever do end up needing them.

Hispanic Heritage Month Kicks Off in the Community