VOTE FOR BERNIE SANDERS, THE BEST PRESIDENTIAL CANDIDATE FOR LATINOS

Now is the time to vote for the presidential candidate who understands the needs of Latinos: Bernie Sanders.  Bernie understands that Latinos care about immigration, but he also cares... 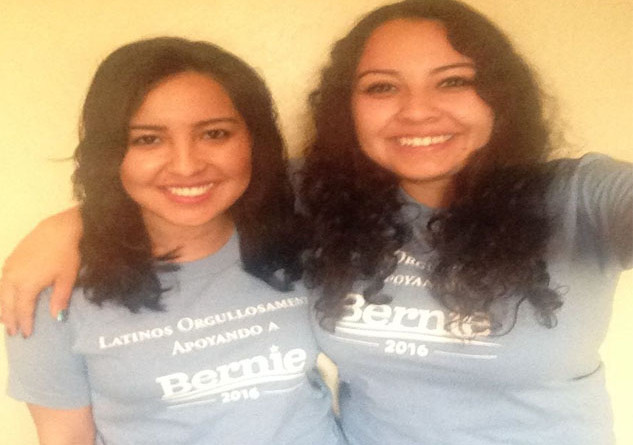 Now is the time to vote for the presidential candidate who understands the needs of Latinos: Bernie Sanders.  Bernie understands that Latinos care about immigration, but he also cares about issues that affect all Americans.

1) An immediate route to citizenship for undocumented people.

3)  The Dream Act, a process for permanent residency for young undocumented immigrants.

6) Free medical care and college education for all.

“It is a national disgrace that millions of full-time workers are living in poverty and millions more are forced to work two or three jobs just to pay their bills.  In the year 2015, a job must lift workers out of poverty, not keep them in it. The current federal minimum wage of $7.25 an hour is a starvation wage and must be raised to a living wage.”

Bernie believes health care is a human right and should be guaranteed.  He wants to create a single-payer healthcare system for all.

He believes that all students deserve the opportunity to receive affordable quality education from pre-school to university. Bernie has sponsored bills to make public colleges and universities tuition-free, as well as to drastically reduce interest rates on student loan debt.

Bernie believes that DREAMers, undocumented children brought to America by their families, need to be given a fair and attainable opportunity to remain in the U.S., get an education, and contribute to the economy.

In his 25 years in Congress, Bernie Sanders has voted many times for reforms in immigration, the economy, health care, and education. For these reasons,   register as a Democrat by May 23rd  (registertovote.CA.gov), so you can vote for Bernie Sanders for President on June 7th.