Hilbert Morales / EL OBSERVADOR Global Public Square, MSNBC, moderated by Fareed Zakaria, on Sunday, 05.08.2016 said, “At the heart of Donald Trump’s appeal is his fame as a successful... 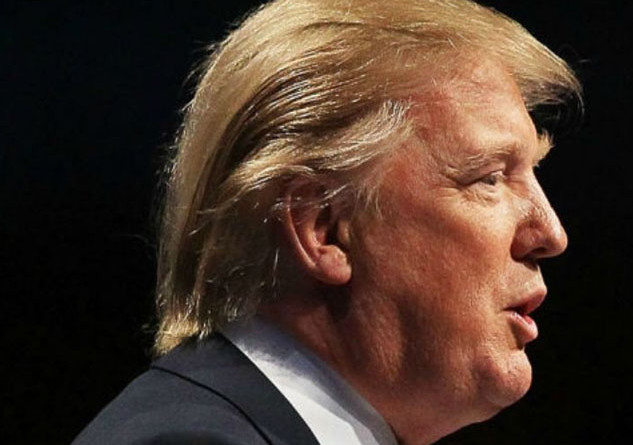 Global Public Square, MSNBC, moderated by Fareed Zakaria, on Sunday, 05.08.2016 said, “At the heart of Donald Trump’s appeal is his fame as a successful businessman. That is why most of his supporters do no really worry about his political views or his crude rhetoric and behavior, he is a great chief executive officer and he will get things done. No one believes this more than Trump himself. He argues, “My skills in the commercial world amply prepare me for the U.S. Presidency.”

Now there is some debate about his actual record as a businessman. Regardless, it is fair to say that he has formidable skills in marketing. He has been able to create a brand around his name like few others.

“The reality is that his talent might prove to be largely irrelevant since commerce is quite different from government. The modern U.S. presidents who achieved the most…Franklin D. Roosevelt; Lyndon B. Johnson; and Ronald Reagan…had virtually no commercial background. Some who did….George W. Bush and Herbert Hoover…fared much worse in the White House.

One of the few successful CEO’s, who also did well in Washington, D.C., was Robert Rubin, who was a former head of Goldman Sachs, who served as Chief White House Aide in Economics and then Secretary of the Treasury in Bill Clinton’s Administration. When Rubin left Washington, he reflected in his memoirs that he had developed a deep respect for the differences between the public and private sectors. “In business, the single over-riding purpose is to make a profit. Government, on the other hand,  deals with a vast number of legitimate and often potentially confusing objectives. Rubin also noted that a big difference between the two realms was that no political leader, not even the president had the kind of authority every corporate CEO does. CEO’s can hire and ire based on performance, pay bonuses to   incentivize their subordinates, and promote staff aggressively.

By contrast, Rubin pointed out, that he had the authority to hire and fire fewer than 100 of the 150,000 staff who worked under him at the Treasury Department. Even the president has limited authority, and mostly has to persuade rather than command. This is a feature, not a flaw, of the American democracy with it systems of ‘checks and balances’ and counter-balances to ensure that no one branch of government is too powerful and to ensure that individual liberties may flourish.”

“He is amused with the New York Times ˆ (report) that Trump imagines  his first 100 days in office and talked about the conditions he (Trump) would fix. “I want people in those jobs who care about winning.” The United Nations is not doing anything to end the big conflicts in the world. So (America) needs an ambassador who would win by really shaking up the U.N.” This displays an astonishing lack of understanding about how the world. The U.N. can end no conflict because it has no power. That rests with sovereign governments. Unless Trump wants to give U.S.A.’s sovereign authority to the U.N. Secretary General. Trump’s notion that all it would take is a very strong American ambassador to shake up the U.N., end conflict and win is utterly removed from reality. Rubin says this is a perfect example of ‘business thinking’ applied in an area of contest. Success in business is important, unrevoked, and deeply admirable. But it requires a particular set of skills that are often very different from those that lead to success in government. As Waler Lippmann wrote in 1930 about Herbert Hoover, “he was probably the most admired business leader of that time, but the popular notion that administering government is like administering a private corporation; that it is just business or housekeeping or engineering is a (grave) misunderstanding.”

Politicians deal with matters peculiar to public policy with its complex of material circumstances, of the scholarly audits of human passions for which problems of business or engineering as such do not survive in analogy.” Of the 17 original presidential candidates, Donald Trump is the least conservative of them all. Trump has one strength…he makes deals…governance requires much more.

VOTE FOR BERNIE SANDERS, THE BEST PRESIDENTIAL CANDIDATE FOR LATINOS