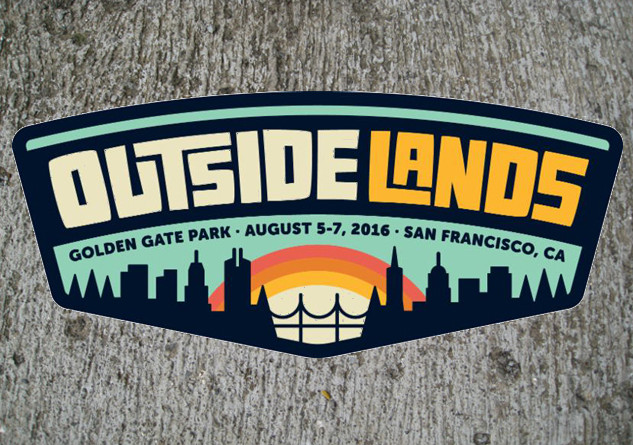 Another Planet Entertainment, Superfly and Starr Hill unveiled the line-up this week for the 9th annual Outside Lands Music Festival. The world’s only gourmet music festival takes place August 5th – 7th, as ever in San Francisco’s historic Golden Gate Park.

Following five consecutive sold out years, Outside Lands is officially among the rare festivals anywhere in the world to sell out immediately upon announcement and ticket release. BOTH 3-day and single-day GA and VIP tickets will go on sale Thursday, April 7th at 10am PT via http://www.sfoutsidelands.com/. A portion of every ticket sold will directly benefit San Francisco’s Recreation and Park Department.

Hailed by Rolling Stone as “one of America’s best,” Outside Lands is firmly established as an all-encompassing cultural event unlike any other in the world. As with all previous line-ups over the past eight seasons, this year’s Outside Lands bill is both star-studded and extraordinarily eclectic. The 2016 Outside Lands line-up sets irrefutable icons like Radiohead (who, as the opening night headliners at 2008’s inaugural Outside Lands, made history as the first act to ever play Golden Gate Park after dark), LCD Soundsystem, and Lionel Richie alongside a stunning selection boasting influential artists such as Duran Duran, Air and Peaches, contemporary hit makers including Lana Del Rey, J. Cole, Halsey, Years & Years, and Kehlani, electrifying EDM artists like Zedd, GRiZ, Jauz, and RÜFÜS DU SOL, rock and folk heroes Ryan Adams, Sufjan Stevens, Jason Isbell, and Brandi Carlile, indie favorites Beach House, Grimes, Miike Snow, and Lord Huron, remarkable collaborations like The Last Shadow Puppets, Big Grams (Big Boi + Phantogram), and The Claypool Lennon Delirium, rising hip hop stars Vince Staples and Anderson .Paak, as well as Lettuce, Ibeyi, Kamasi Washington, Hiatus Kaiyote, Nathaniel Rateliff and The Night Sweats and a very special performance by The Muppets’ Dr. Teeth and The Electric Mayhem, their first-ever live festival performance. As Consequence of Sound raved of last year’s Outside Lands, “The chance to hear music you love again or discover your first taste of a new favorite artist among the trees in the majesty of Golden Gate Park is an experience everyone should take part in.”

The past eight years have seen Outside Lands evolve into a much-beloved San Francisco tradition and boon for the Bay Area as thousands of fans from around the world arrive for an incomparable weekend in one of the world’s greatest green spaces – over 210,000 fans attended in 2015. Based on a 2011 economic study, it is estimated that Outside Lands generates over $70 million annually to the San Francisco economy. Festival organizers have made sure to highlight the city and its environs by putting special emphasis on all the many aspects of food and culture that make the Bay Area so special. In addition, Outside Lands organizers have said thank you to its host city and the other communities surrounding Golden Gate Park by giving back in increasingly more substantial ways. Since its inception in 2008, Outside Lands has raised over $13.7 million to benefit the San Francisco Recreation and Park Department, with more than $3 million raised in 2015 alone.