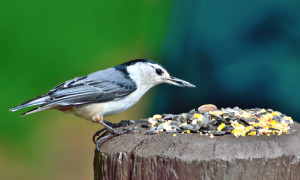 The City of San José, in conjunction with The New Home Company, held a dedication ceremony for Orchard Park on Wednesday on the new park site, located on the southwest corner of Oakland Road and Pear Orchard Drive in San José.

Councilmember Raul Peralez (District 3) along with the Department of Parks, Recreation and Neighborhood Services dedicated the neighborhood park, that’s also a segment of the Coyote Creek Trail.

The new park came about through the Parkland Dedication Obligation under the City’s Parkland Dedication Ordinance (San José Municipal Code 19.38.) The New Home Company (TNHC), the developer of the adjacent housing project, is satisfying this obligation by dedicating approximately one acre of land for the new park, conveying a trail easement adjacent to the park along Coyote Creek, and constructing improvements at Orchard Park and along a segment of the Coyote Creek Trail.

The developer also volunteered to maintain the park improvements for a 10-year period at a savings of $50,000 per year to the City’s General Fund. TNHC’s park development team included Environmental Foresight, Inc. as the design consultant and Environmental Landscape Solutions as the construction contractor.

As part of the park project, TNHC constructed one segment of the Coyote Creek Trail. When fully completed, the trail will connect the San Francisco Bay to Anderson Reservoir near Morgan Hill. The entire Coyote Cree Trail is a joint project with the County of Santa Clara Department of Parks and Recreation.

Through this public-private partnership, new housing projects can provide additional recreational amenities for residents. Authorized under a state law known as the Quimby Act, the City of San José is able to expand its recreational opportunities for all to enjoy.

Orchard Park brings the total number of city neighborhood and community parks to 189.