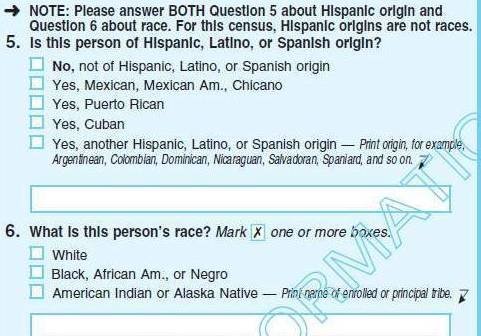 Photo Caption: President Donald Trump is calling for a delay of the 2020 U.S. Census after the Supreme Court rejected his administration's call to include a question about citizenship. Photo Credit: U.S. Census Bureau
by ElObservador 07/05/2019

LOS ANGELES – Civil-rights groups are praising a U.S. Supreme Court ruling that will probably keep a question about citizenship off the 2020 Census.

The high court rejected the Trump administration’s explanation that asking people about their citizenship status is necessary to enforce the Voting Rights Act. Thomas Saenz, president and general counsel of the Mexican American Legal Defense and Education Fund, says recently unearthed documents from a now-deceased Republican consultant proved the real motivation behind the question.

“That consultant indicates the reason to include the citizenship question is to ‘advantage whites, non-Hispanics and Republicans,'” says Saenz. “Ultimately, what’s behind the question is to trigger an under-count in groups that the Trump administration views as hostile.”

Immigrants’ rights groups claim that a citizenship question would prompt foreign-born Americans to ignore the survey, fearing that the Census Bureau would turn their data over to immigration enforcement officers, who could use it to target undocumented relatives for deportation.

Any under-count would negatively affect immigrant communities, because census data is used to redraw political maps and distribute federal funds.

Saenz notes that any such breach of confidentiality would be highly illegal, and vows close scrutiny of the process.

“Powerful people and powerful organizations will be carefully watching and will step in, to the extent they can, to stop any breach of confidentiality,'” says Saenz. “That’s how important this is.”

This decision leaves the door open for the administration to come back with a different argument, and the president is now calling for the census to be delayed. Civil-rights groups are pressing on with a similar lawsuit intended to prove that racial intent was the motive for adding the citizenship question and asking that it be blocked permanently from census forms.