Help them Protect their Finances 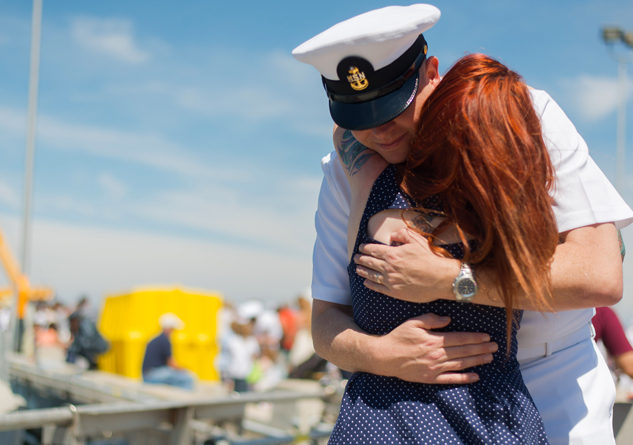 On Veteran’s Day we celebrate our veterans and thank them for the sacrifices they make for our country. However, there’s one sacrifice they don’t expect to be signing up for: being a target for scammers.

Unfortunately, aspects of a service member’s job often make them more vulnerable to scams. Perhaps most importantly, they have a guaranteed and steady income that scammers would love to have access to. They are also frequently deployed and move around often, which makes staying on top of bills and credit reports more difficult. Additionally, service members are often younger and financially inexperienced, and these qualities may attract scammers. Despite the stereotype of the elderly scam victim, millennials are actually the most likely to lose money to scams.

Approximately 8.5% of reports to BBB Scam Tracker are from those who identified themselves as an active duty military member, veteran, or spouse. When the data is broken down further, unsettling trends emerge.

So far in 2016, the overall median loss to a scam is $330, with an average of 16.5% of reports involving a monetary loss. When it comes to service members, veterans, and their spouses, however, the median reported loss to a scam is almost $500, with about one in five of reports involving a monetary loss. Reports to BBB Scam Tracker indicate that military members and their families lose more money on average to scams, and appear to be slightly more susceptible to falling victim to a scam.

Why is this? It’s hard to tell, but there are some scams that service members, veterans, and their spouses may be especially vulnerable to:

• Sweepstakes/Lottery/Prizes. Military families often could use a little extra help, and scammers may target them because of it. In these schemes, scammers send letters claiming that you’ve won a large amount of money or prize from a sweepstakes or lottery, but to receive it you first have to wire money for processing fees. Additionally, government grant scams may target military members to appear more authentic.

• Romance. Military members may be more vulnerable to romance scams because of frequent moves, deployment, being stationed abroad, and the sometimes-lonely nature of the job. Service members may also be more likely to have their photos and identities stolen by scammers attempting to catfish those looking for love online. These scammers often pretend to be in the military, using the status to explain long distances, gain trust and trick their victims.

• Fake Check/Money Order. Reports of this scam only account for about 3% of overall reports and military reports. However, scammers may try to get more money out of those affiliated with the military because of their steady incomes.

No one, and especially military members and veterans, deserves to be scammed. Because military families are known to be targeted by scams and unethical business practices, and may need more help in avoiding these scams and fraud, BBB Institute of Marketplace Trust runs the BBB Military Line program. BBB Military Line is tailored to military consumers and their families and provides consumer education materials and resources both online and through local outreach. To learn more, visit bbb.org/military.

If you or someone that you know has been affected by a scam, report it to BBB Scam Tracker at bbb.org/scamtracker/ to warn others. You never know, your report could help save someone a lot of money and a big headache.