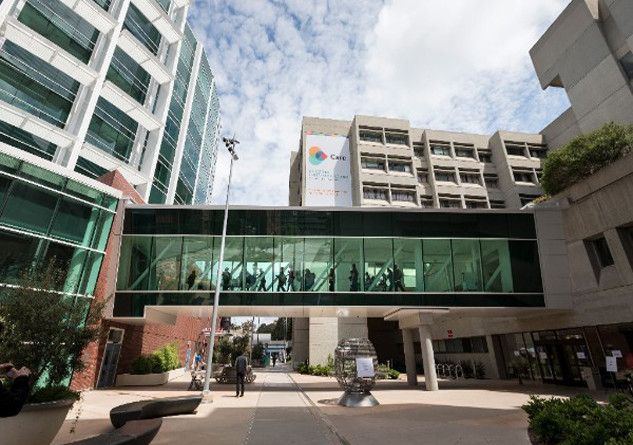 Over 200 Patients Moved Into New Facility On Its First Day

After nearly eight years in the making, Priscilla Chan and Mark Zuckerberg San Francisco General Hospital and Trauma Center (ZSFG) opened its doors on Saturday, May 21st. With nearly 1,000 providers, nurses and staff, over 200 patients who were receiving care from the existing 1970s-era hospital building were moved into the brand-new main hospital on the ZSFG campus.

After several months of preparation – which included staff orientation and training programs, along with several “mock moves” – Saturday’s transfer, which took seven hours to complete, was executed with safety and efficiency.

“Both our patients and our staff are delighted to move into our new building,” said ZSFG CEO Dr. Susan Ehrlich. “This outstanding facility enables us to provide a level of patient care that rivals any hospital, anywhere.

The new facility – which features both modern white steel and glass and brick work that echoes the original century-old brick buildings remaining on campus – is nine-stories tall, with seven stories above ground-level.  In 2008 a bond was passed by San Francisco voters, raising $887.4 million to construct the seismically-safe and state-of-the-art healthcare facility. San Francisco General Hospital Foundation raised additional funds to provide life-saving technology and equipment. The new emergency department, which is now accessed from the campus’ 22nd Street entrance, nearly triples the capacity of the former hospital, and will allow staff to more quickly respond to emergencies and disasters.

Extraordinary original art is placed throughout the new hospital building, providing a beautiful and healing environment for patients, visitors and staff alike.