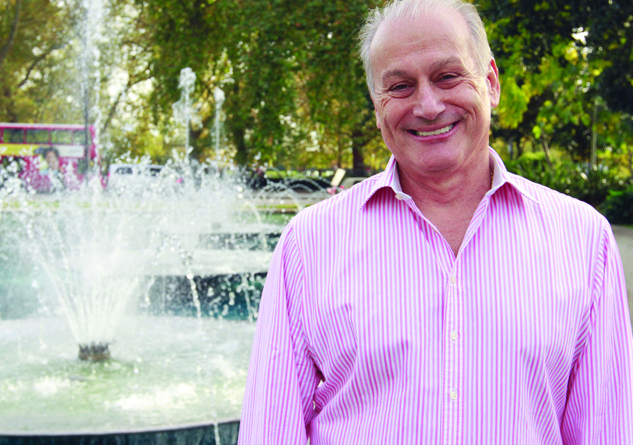 California businessman Rocky De La Fuente, running for the Democratic presidential nomination, says he will run as an Independent in the general election if he loses the primary. (Rocky2016)
by ElObservador 03/25/2016

SAN DIEGO – Rocky De La Fuente, a San Diego businessman and lesser-known Democratic candidate for president, announced on Monday he’ll make a bid for the White House as an Independent, should he fail to win the nomination.

The 61-year-old De La Fuente is on the primary or caucus ballots in nearly two dozen states, including California.

He made his fortune in real estate, car sales and finance, and has loaned his campaign $2 million. In his view, the Democratic National Committee has been unfair in shutting him out of the debates.

“If my party continues to deny me, I will run as an independent, so America has an option,” says De La Fuente. “Tell the Democratic Party, tell the DNC that we are independent people and we are smarter than they give us credit for.”

De La Fuente’s campaign emphasizes his experience as a job creator, and his position that undocumented immigrants are an asset to the country, who need to be allowed to work and pay taxes.

He is pro-choice and supports universal health care, as well as a state-by-state approach to gun control.

San Diego State University lecturer James Ingram, an expert on presidential politics, says De La Fuente could make a difference in states where the general election is a squeaker.“And if he’s able to parlay some of those financial successes into being taken seriously as a candidate, then it is conceivable that his spoiler will be important in a couple of states,” says Ingram. “If you do end up having a really closely-fought election.”

Ingram says history shows independent candidates are often passionate about their issues and manage to get them onto the national radar, regardless of whether they garner enough votes to win.