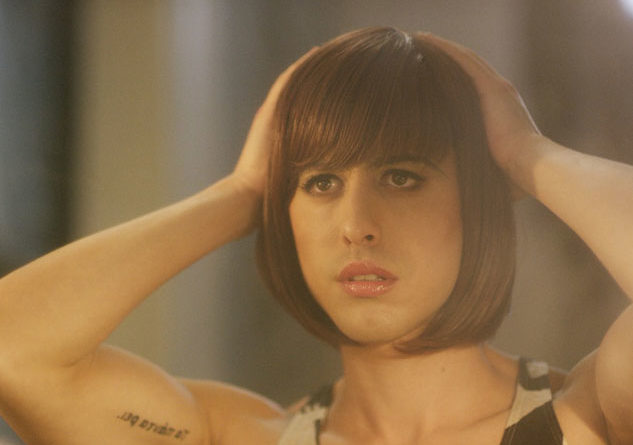 A good film should entertain, but it should also provoke thought and conversation, and if it is a worthy film it might even change public perceptions and attitudes. The film “Lupe” premiering at the annual Cinequest Film & Creativity Festival is all those things.

Directed by the team of Andre Phillips and Charles Vuolo, Lupe tells the story of a Cuban immigrant, Rafael (played by Rafael Albarran), who travels to New York City to search for his older sister who he has not seen for over 10 years. The sister, Isabel (played by Lucerys Medina), after having fled Cuba in search of a better life, has fallen into a life of prostitution and Rafael spends his nights searching brothels and streets in the hopes of taking her back with him to the island.

In the course of his search, he finds another lost soul instead, Elsa (played by Christine Rosario Lawrence), a friend of Isabel. She too is in the business of selling her body to men and sees no better option for her to make money to survive. She pleads for Rafael’s help and together they end up staying at his apartment where she learns of his well-guarded secret.

Rafael, by all appearances, seems determined to find his sister. In New York he coaches fellow Muay Thai boxer Arun (played by Kadeem Henry), and Rafael uses that deadly skill himself to beat out information from the pimps that he encounters. He is a strong, lethal young man but privately struggles with his own gender identity. Rafael suppresses his transgender identity to all but a trusted friend, Lana (played by Celia Harrison), herself transgender.

Those four relationships between Rafael and Isabel, Elsa, Lana and Arun combine to reveal a vulnerability and sensitivity that belies the tough image Rafael projects through his boxing skills. Puerto Rican actor Rafael Albarran gives an amazing performance in his portrayal of Rafael the angry boxer, Rafael the lost brother, Rafael the suppressed transgender and Rafael the trusting friend.

While Lupe is a film about transgender lives it is also a film that asks the universal question: where I fit in the world? Whether you are cisgender or transgender, heterosexual, gay or bisexual, we are all trying to fit in, trying to find our true identity and be accepted for who we really are, even though that may come at a cost – the possible loss of family, friends or lovers.

The film is true to the subject matter because directors Andre and Charles sought the advice and counsel of Kerry Michelle O’Brien, an active advocate for the LGBTQ community, credited Executive Producer on the film, and transgender herself. In addition, Celia Harrison, who portrayed Lana, is a transgender artist who advised the filmmakers resulting in the film being sensitive to the themes of gender identity.

Kerry summed up best the message of the film when asked what audiences should take away from watching Rafael’s coming out story, “That you are allowed to love yourself no matter who you are.”, she said.